12 BEST BOOKS ABOUT PANDEMICS (INCLUDING NONFICTION!) 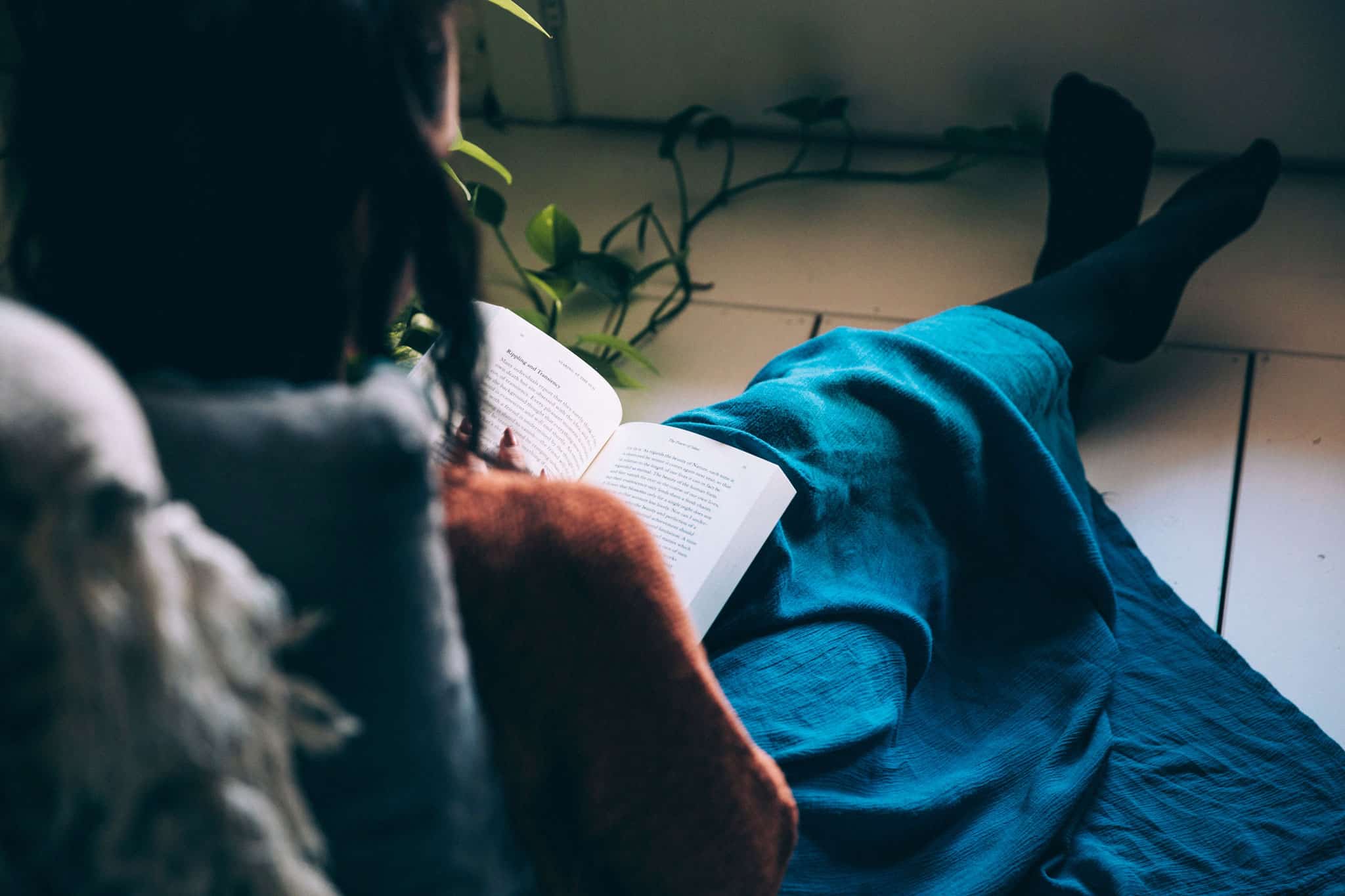 With coronavirus causing widespread panic, many of us are turning to books as a way of educating ourselves about pandemics – and, perhaps ironically, a way of finding some kind of comfort. The best pandemic books can help us wrap our heads around a concept that may seem too complex and frightening to process. Moreover, crawling under the covers with accounts of epidemics that span across eras can somehow help us feel less alone.

So, to help you face this moment, here are the 12 best ‘pandemic’ books – or best books about pandemics of all time – ranging from the nonfiction historical reports to fiction novels:

1. ‘The Plague’ by Albert Camus

A classic of twentieth-century literature, Camus’ masterpiece tells the story of, obviously, a plague, a fictional outbreak sweeping the Algarian “French Prefecture” of Oran in 1940. The novel is believed to be based on the events following the cholera epidemic that in 1849, right after French colonization, resulted in the death of a large percentage of Oran’s population.

Through the plot, Camus is able to create a metaphorical image of the world wrestling with evil, and explore philosophical questions on the humankind and on the many ways in which we confront death. The Plague is a highly significant novel with plenty of things to keep you thinking far past its last page. 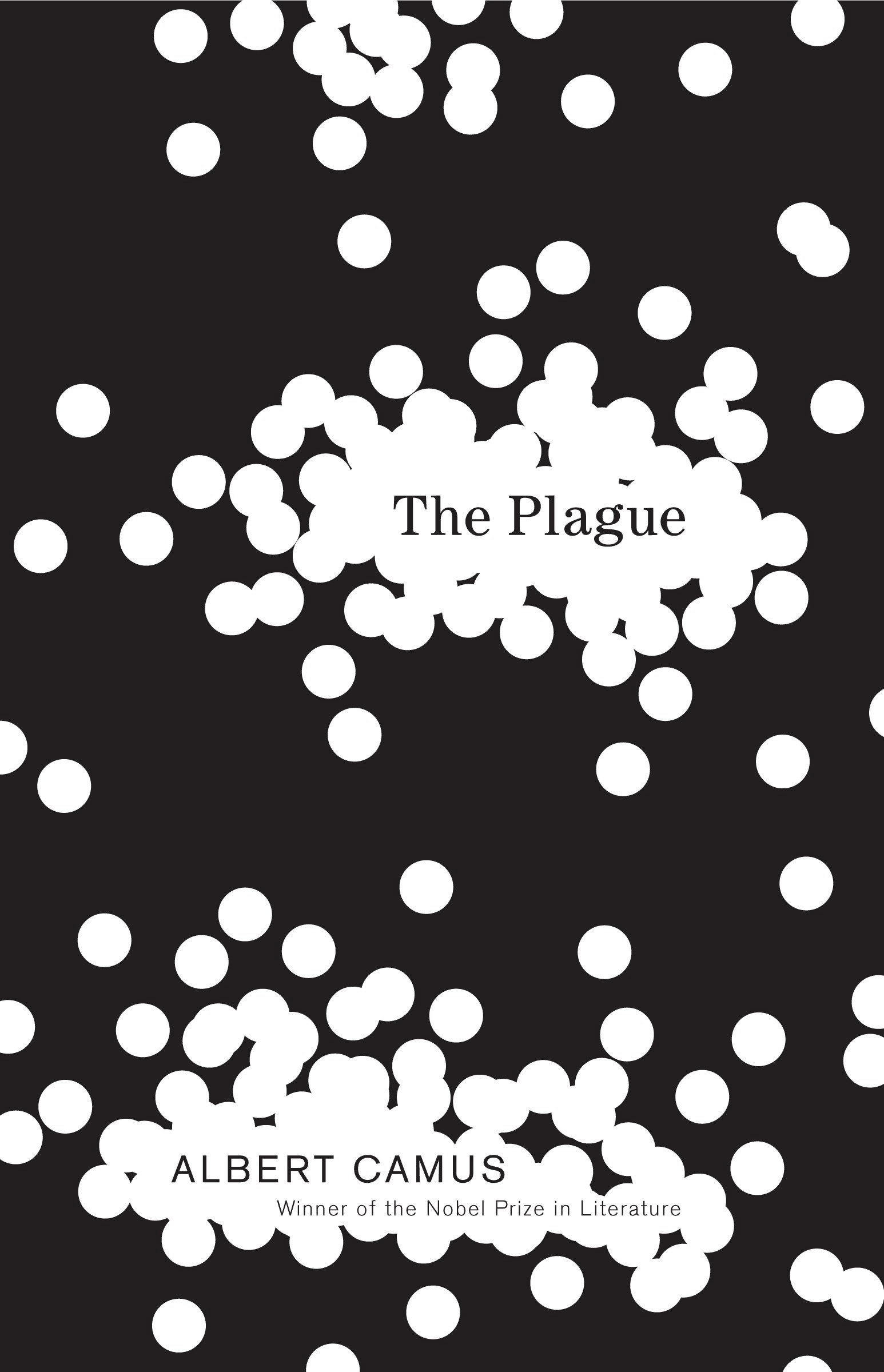 2. ‘The Stand’ by Stephen King

Thanks to a computer error inside a biological testing facility, a patient escapes unknowingly carrying a lethal weapon: a bio-engineered strain of super-flu capable of wiping out the entire world’s population in less than a month. And yet, the destruction of humanity is only the beginning of the nightmare the main characters face. There’s a little bit of everything: horror, political intrigue, war, chaos, and the vilest of our human tendencies.

One of King’s finest works, we believe that The Stand deserves all the praise and admiration it continues to collect worldwide. 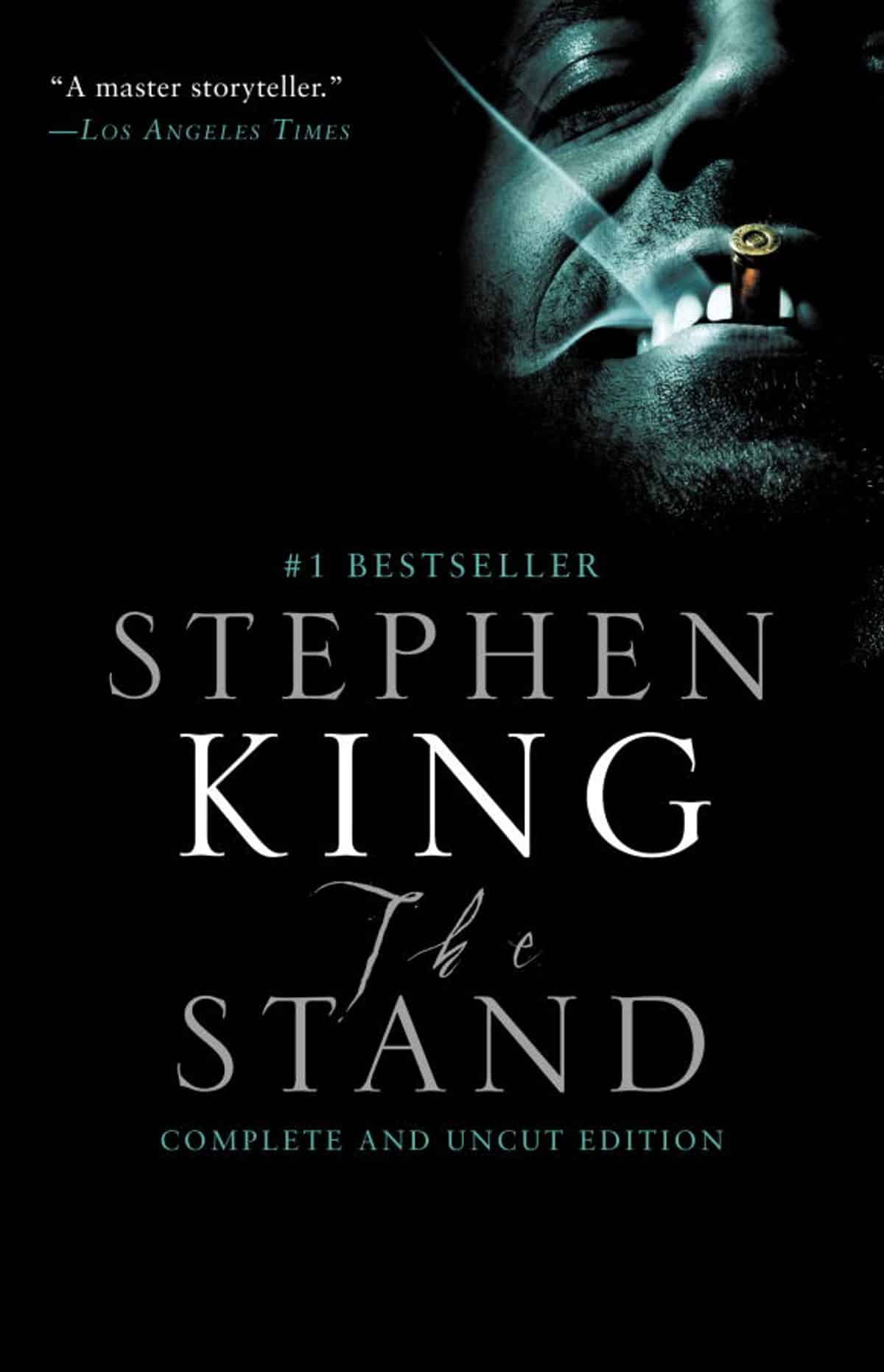 Pale Horse, Pale Rider is a trio of novels written by pandemic survivor Katherine Anne Porter in 1939. One of these three novels gave the title to the entire trio and is set in Denver during the Spanish flu of 1918. The book tells the tales of a young couple: Miranda, a journalist, and Adam, a soldier.

Loosely based on Porter’s own life story, this bittersweet romance centers around themes of death, mortality, young love and is sure to make you cry. 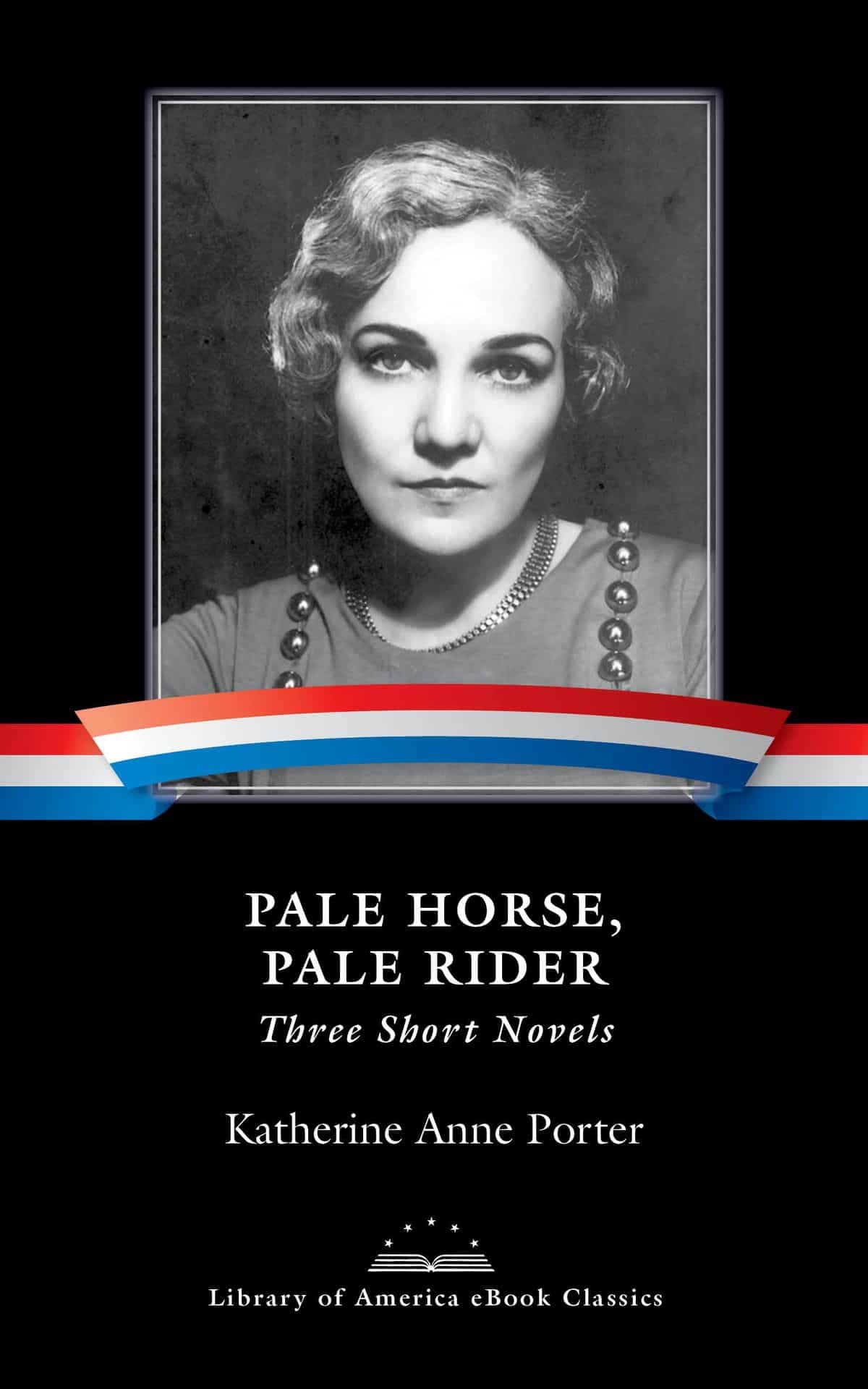 4. ‘Love in the Time of Cholera’ by Gabriel Garcia Marquez

Marquez’s novel takes place between the late 1870s and the early 1930s, in a South American port city similar to Cartagena, on the Caribbean coast of Colombia.

It tells the tale of two young lovers, Florentino and Fermina, against a backdrop of civil war and cholera epidemics. Through their turbulent and suffered love story, Márquez explores the notions love, decay, death, and more than anything the idea of lovesickness as a literal illness, a plague comparable to cholera.

Love in the Time of Cholera is nowadays considered a literary classic and is considered one of the greatest love stories ever written. 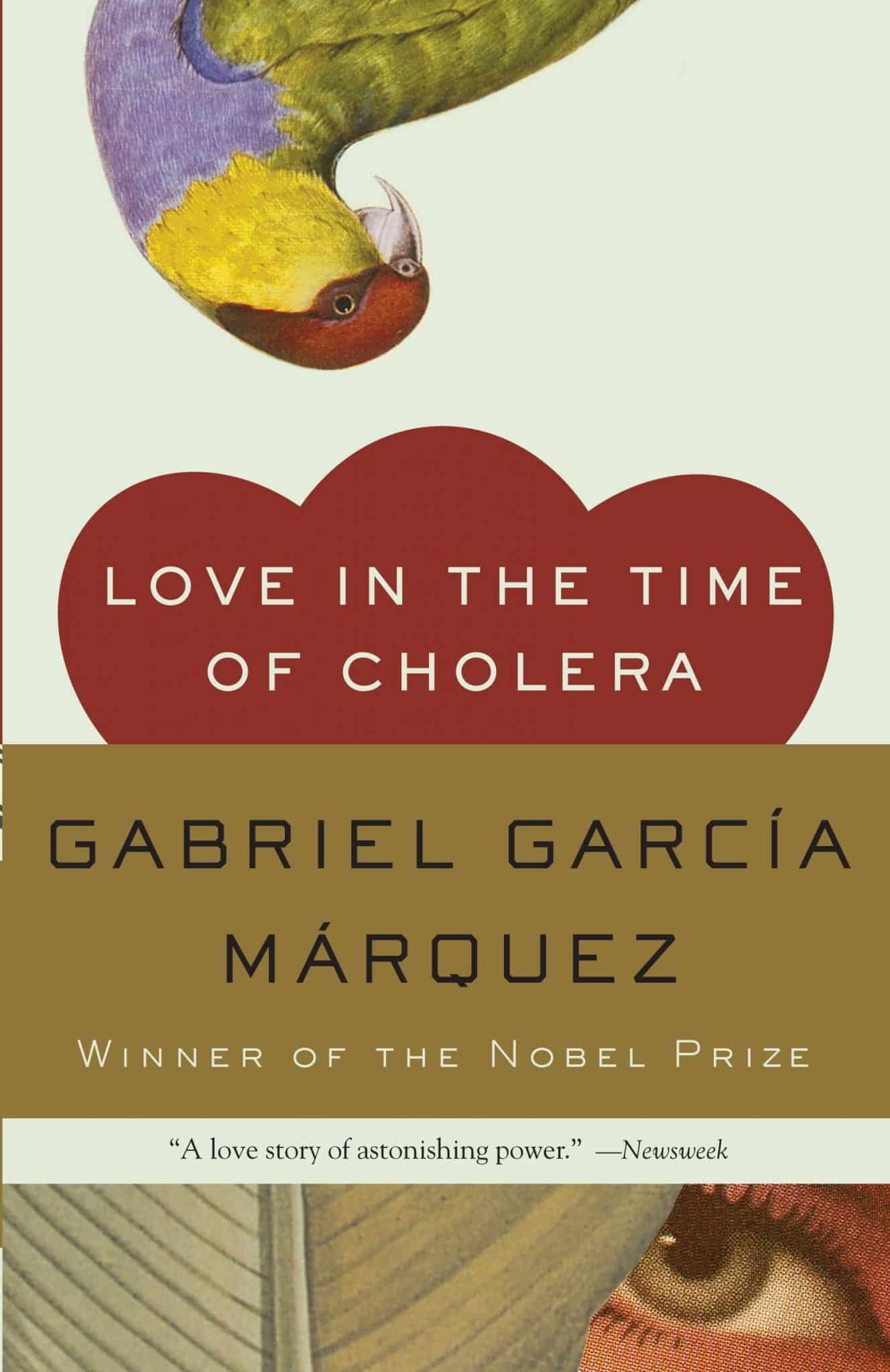 A city suffers a mysterious epidemic that leaves its victims unable to see. Quarantined by the government in an empty mental hospital, the blind patients are subject to terror and violence, until they find the force to bond together to escape their confinement.

In this haunting, disorienting novel, the Nobel Prize-winning Saramago deals with human’s reactions against evil forces, and shows us how our world so concerned by appearances could deal with the loss of our most beloved sense.

6. ‘Oryx and Crake’ by Margaret Atwood

Oryx and Crake is a dystopian novel set in a future where the world has been devastated by the effects of genetic engineering, including a pandemic that has wiped almost the entire population.

The story is told from the point of view of the main character, Snowman, that struggles to survive in a world where he may be the last human. As the story progresses, Snowman gradually discovers the series of events leading to the fall of humanity, and his own contribution to it.

Margaret Atwood once again projects us into a not totally unexpected future that is all too familiar and scary. 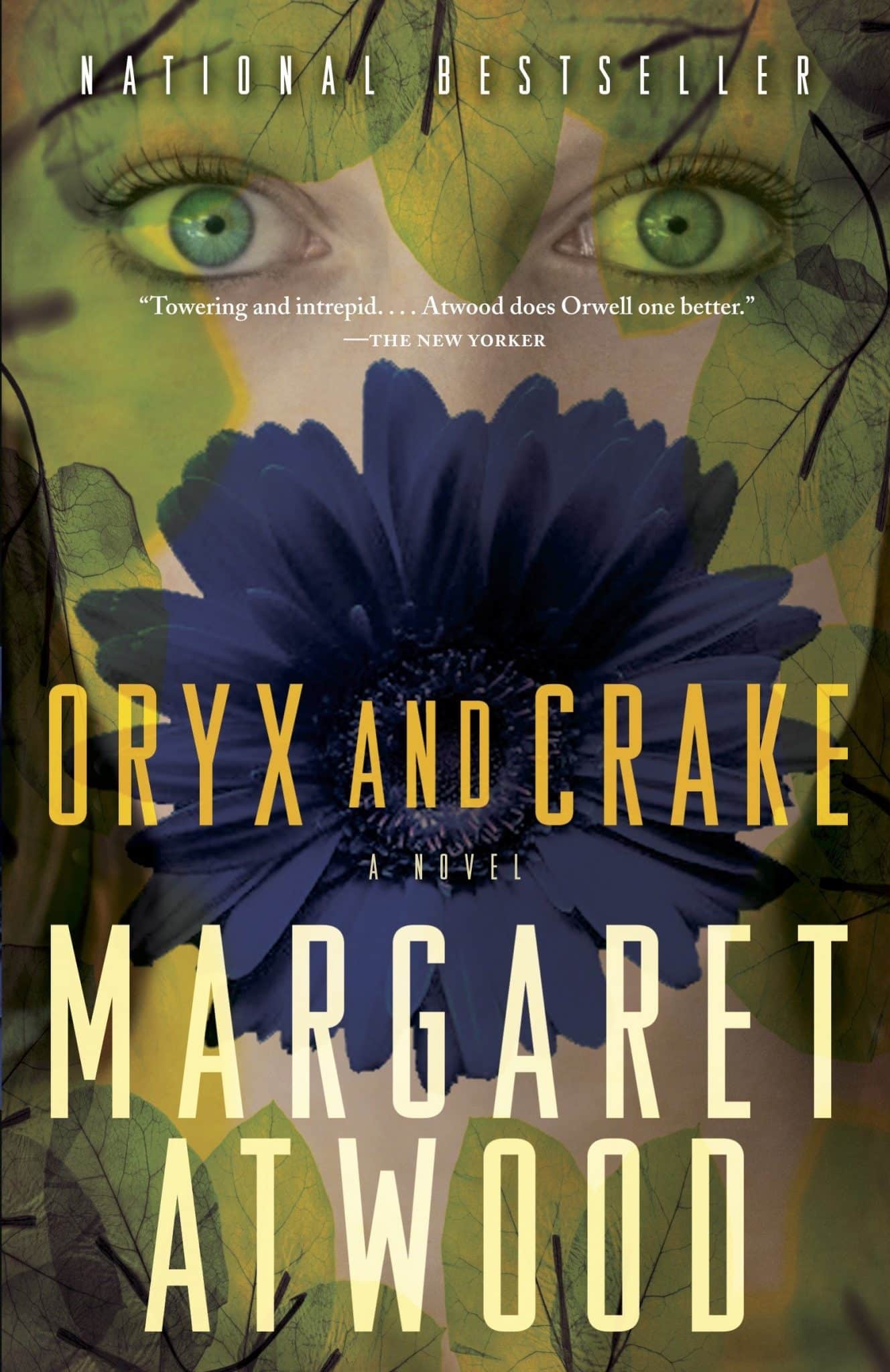 7. ‘The Hot Zone’ by Richard Preston

The Hot Zone is a scary one. In fact, during an interview even Stephen King himself said this book was one of the most terrifying things he had ever read.

In this powerful best seller, Preston suggests that a human error is partly to blame for the spread of this highly adaptable virus. Although there is still no specific cure, this story puts on the spotlights our real heroes, including the doctors and scientists who risked their life to stop the spread of the virus. 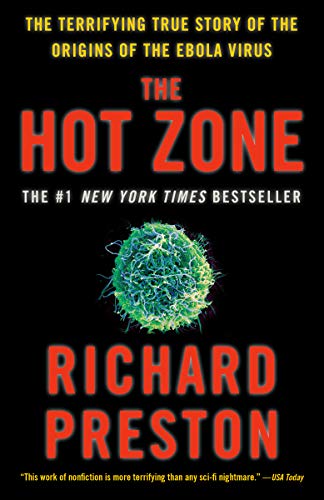 The Great Influenza offers a combination of scientific research and perspective on the influenza pandemic of 1918-1920 that resulted in the deaths of more than 50 million people worldwide.

Barry traces the origins of this lethal virus in an army camp in Kansas, and the spread of the disease to the deployment of American military personnel in WWI.

A great portion of the book is also dedicated to basic medical science and research methodology, making this best seller a very interesting read. The Great Influenza is ultimately a tale of victory and provides us with a precise model to confront the epidemics for the future. 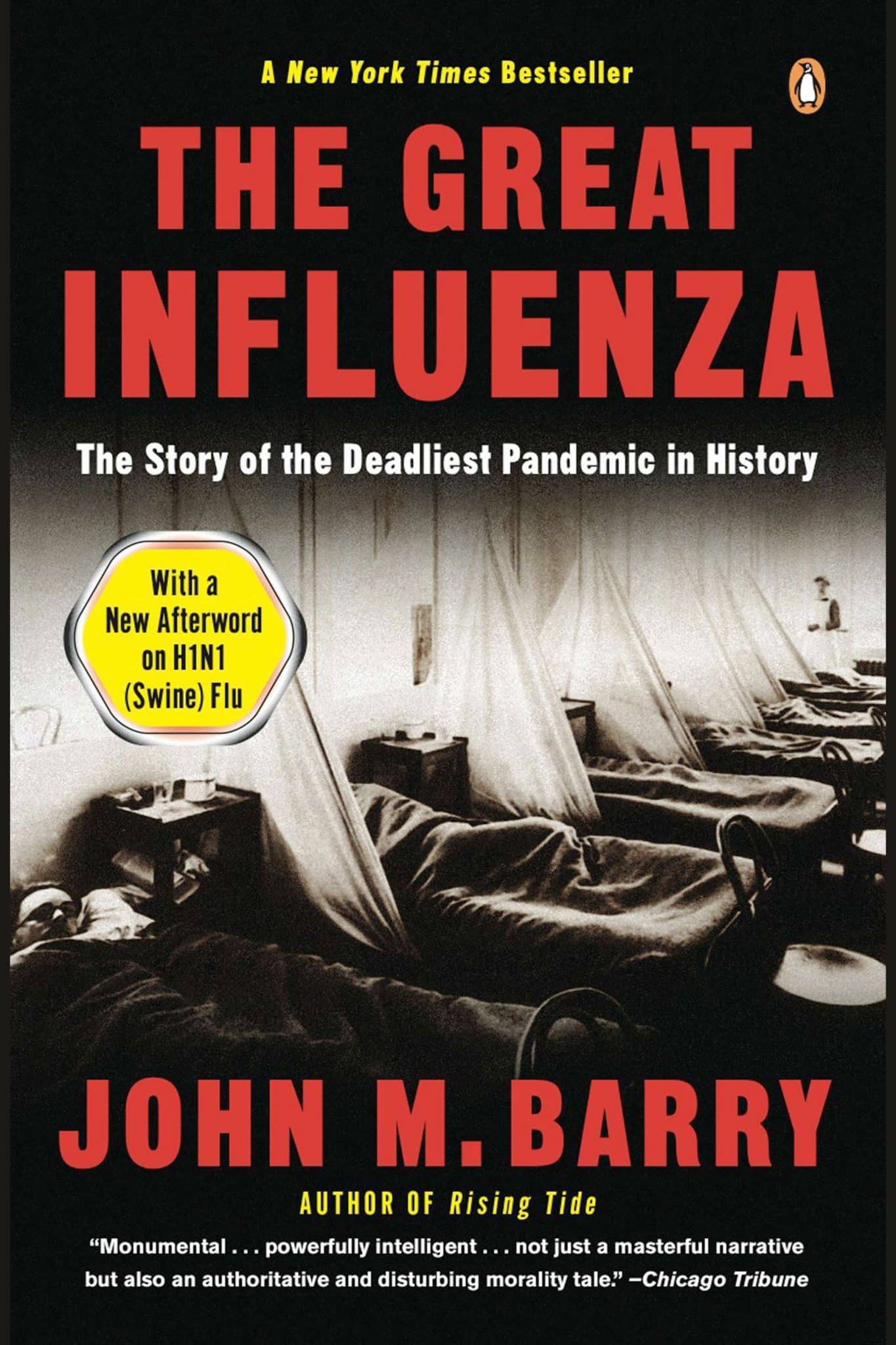 This short but very enlightening medical science book breaks down the current dialogue surrounding the influenza viruses, summarizing everything from its complex history to the role that the government and pharmaceutical companies have played in the pursuit to find a vaccine. In fact, the book doesn’t shy away from the many misinformation swirling around vaccinations.

Jeremy Brown, a veteran ER doctor, warns that many of the most important questions about the flu virus continue to puzzle the experts to this day. 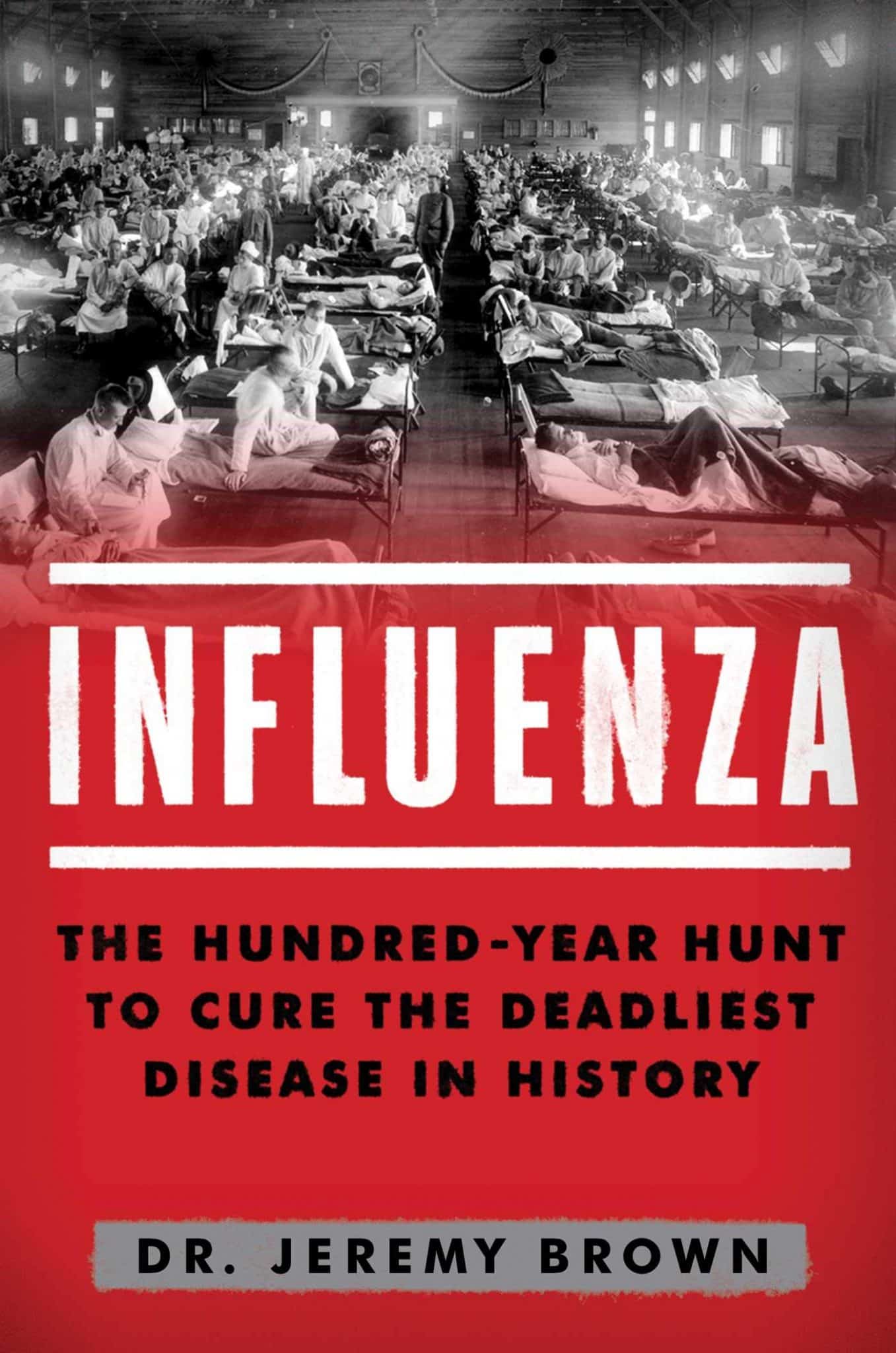 David Oshinsky, a 2006 Pulitzer Prize winner, narrates the history of the polio outbreak and the intense effort to find a cure, covering every step from the famous March of Dimes fundraising and the discovery of the Salk and Sabin vaccines.

It is definitely an interesting look at both American postwar culture and the powerful disease that sadly marked it. 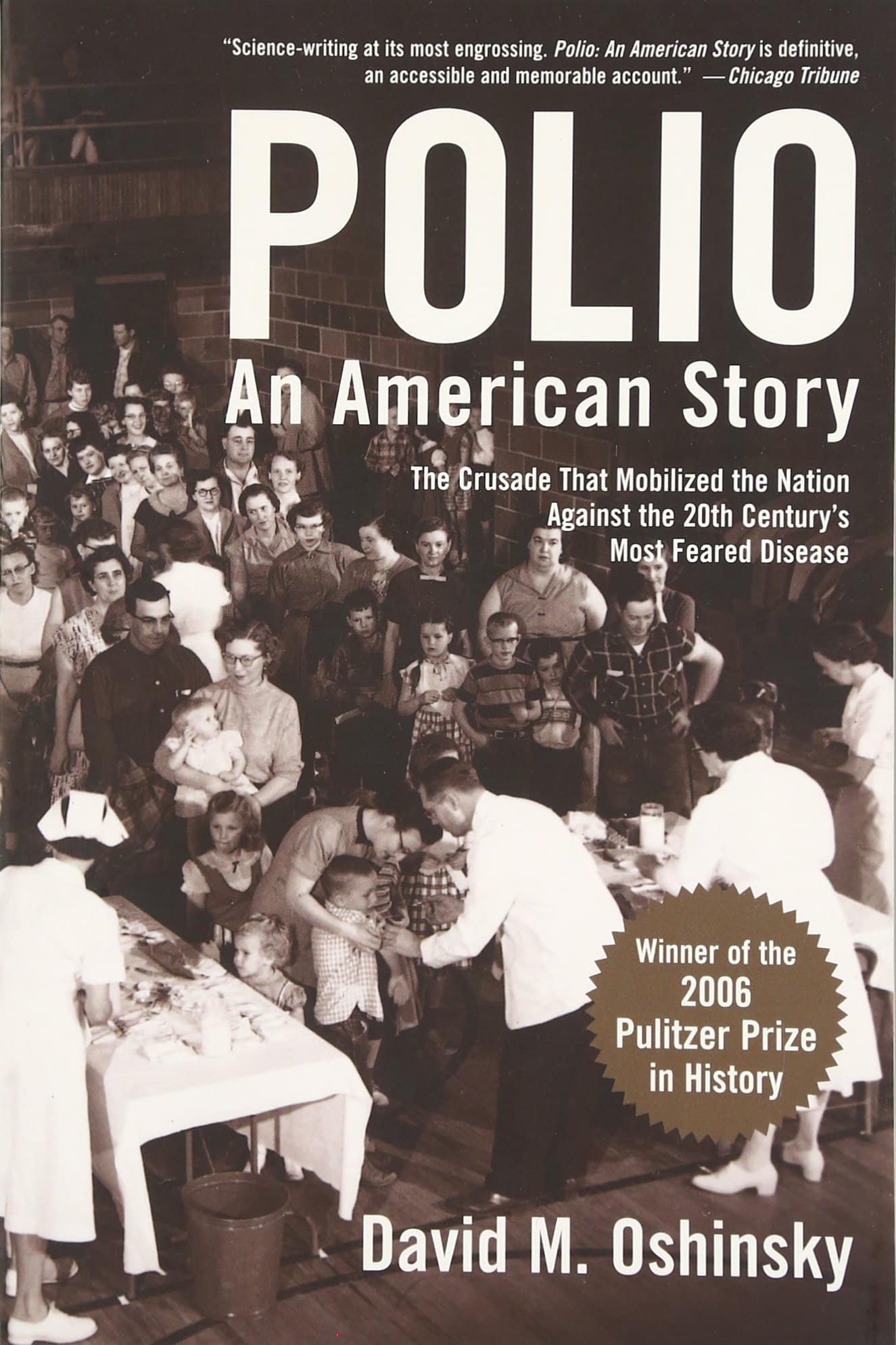 11. ‘A Journal of the Plague Year’ by Daniel Defoe

A historical novel that mingles facts and literature, A Journal of the Plague Year walks the line between fiction and nonfiction. In 1665 the bubonic plague returns to Britain and destroys the city of London, killing almost one quarter of its population. Over 50 years later, Defoe writes a brilliant, haunting, atmospheric portrait of the city as it fights against the invisible enemy, and, most importantly, he crafts a practical handbook of what to do and what to avoid during the outbreak.

What is particularly remarkable is also that both Camus and Marquez were inspired by Defoe’s masterpiece for their work previously mentioned in this list. 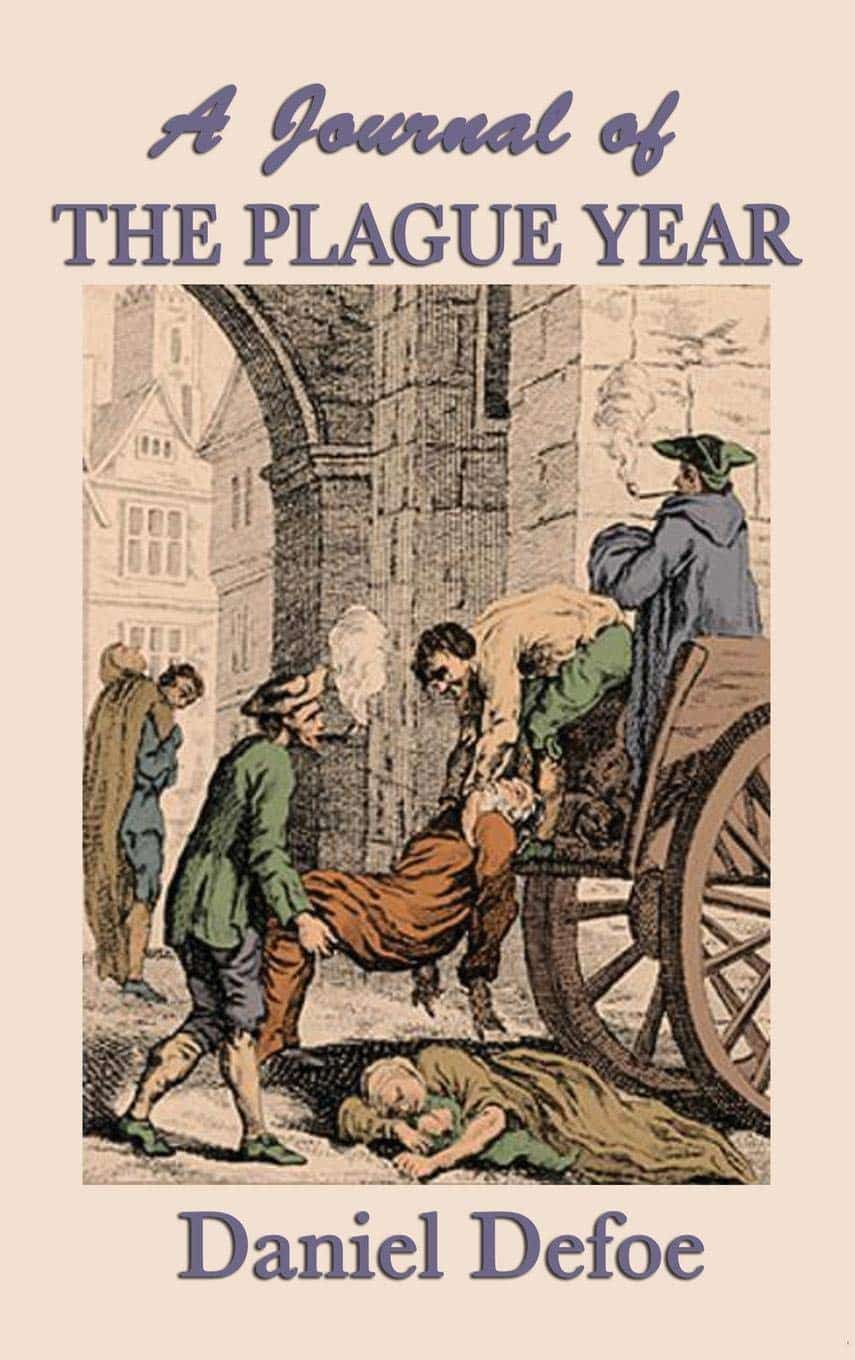 12. ‘Typhoid Mary: Captive to the Public’s Health’ by Judith Leavitt

This book tells the incredible story Mary Mallon, who became known as “Typhoid Mary” after in the early 1900s she infected many NY residents with the deadly virus. Mary was an Irish immigrant who cooked for many wealthy families in New York, and didn’t realize that she was carrying the bacteria that cause the disease until a group of scientists tracked her down and forced her to complete isolation from the public until her death thirty years later.

The historian Judith Leavitt perfectly re-creates the atmosphere of the time, revealing a tragic world of social status divisions and prejudice against immigrants and women. 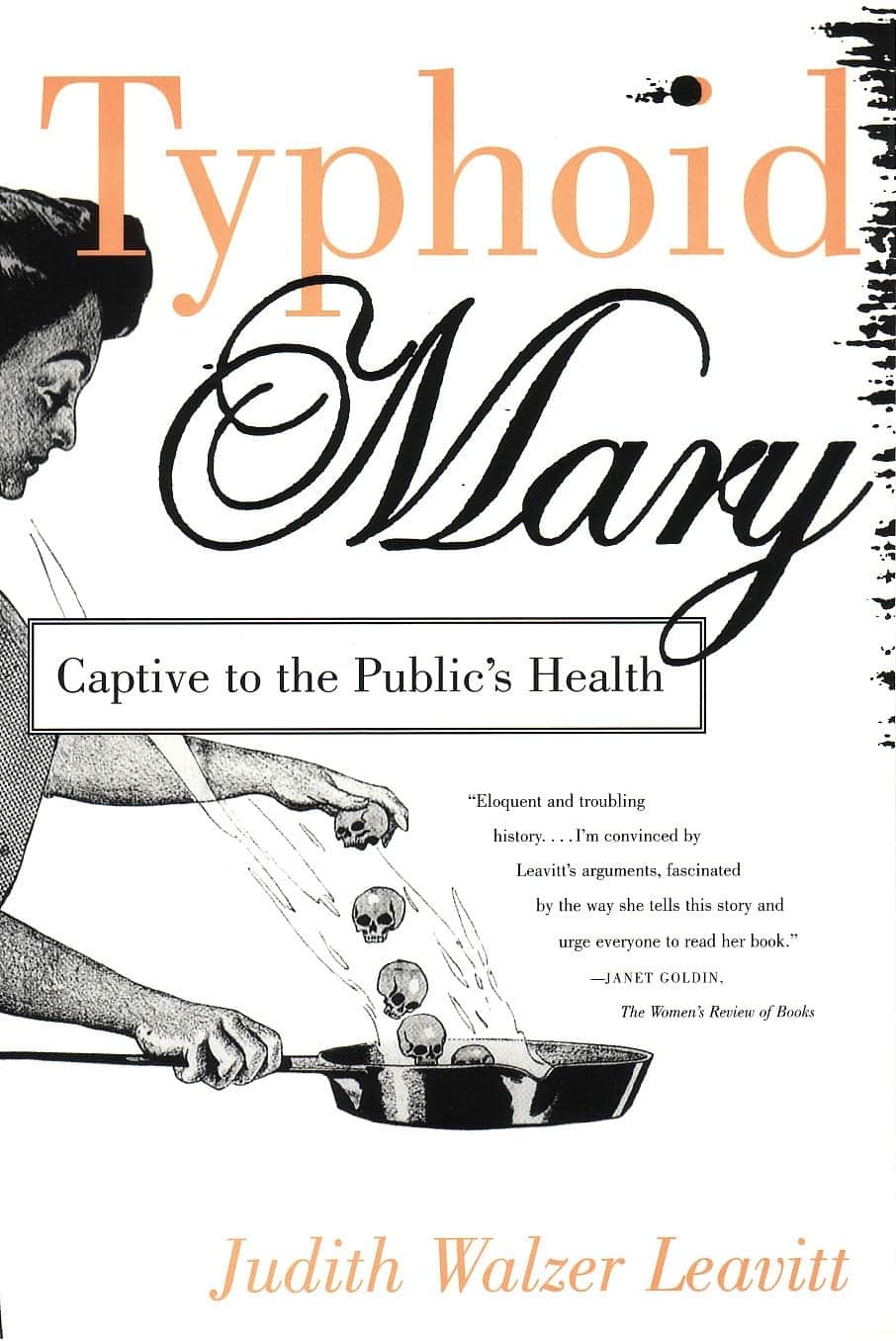 Now pick up a book, wash your hand, read, repeat!

What’s your favorite book about pandemics? What are, in your opinion, the best pandemic books around?