Your reading guide to the best George R.R. Martin Books, including the Song of Ice and Fire main series, the latest Fire & Blood prequel, and companion books – all in the proper order. 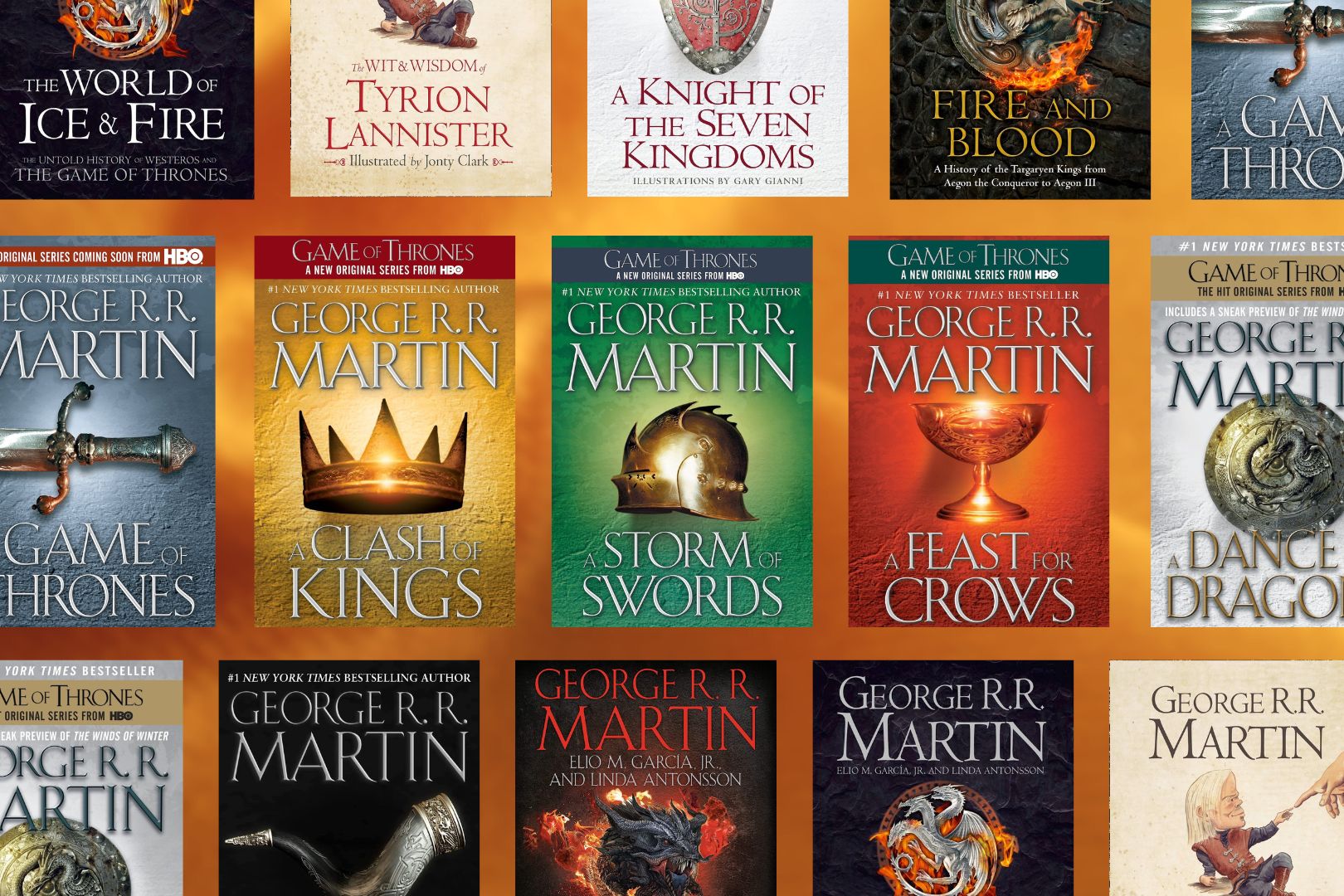 The release of the House of the Dragon HBO series has brought George R. R. Martin’s fantasy world onto the spotlight once again. And we’re guessing you too have watched Game of Thrones at some point in the past years, right? For those who haven’t read the George R.R. Martin source material on which all these shows are based: first of all, congratulations, as you’ve got an exciting literary journey ahead. Second of all, it’s absolutely normal if you’re now wondering how to read George RR Martin Books in order, as they are entangled in a glorious manner.

Let us make it easier for you. Scroll down to find a complete reading guide to all George R.R. Martin’s Song of Ice and Fire books, including the recent Fire & Blood prequel and the best companion books, presented in the proper order. But before moving on to the actual list, let’s go through some FAQs:

What book is Game of Thrones based on?

How many Game of Thrones books are there currently?

Officially, A Song of Ice and Fire consists of 7 books, but only 5 of them were published.

When will the 6th book of A Song of Ice and Fire be published?

The sixth book of A Song of Ice and Fire, called Winds of Winter, is expected to be released by George R.R. Martin in November 2023. However, no official publication date has been shared by the author yet.

What book is House of the Dragon based on?

House of the Dragon is based on George R.R. Martin’s 2018 book Fire and Blood, which is a prequel to the Song of Ice and Fire book series. The author recently revealed his intent to publish a second and final volume to complete the storyline.

How many books did George R.R. Martin write in the Song of Ice and Fire universe?

George R.R. Martin wrote many many books, novels, and novelettes within the Song of Ice and Fire universe. Currently, the essential collection consists of 9 books:

In what order should I read George RR Martin’s books?

The best way to read George RR Martin Books in order is to finish the full A Song of Ice and Fire main series first, and then move to the prequels, starting out from Fire & Blood. The final step should be dabbling in the companion or illustrated books.

While many choose to read George RR Martin’s books following this specific order, chronological order is also a very entertaining way to learn more about the ins and outs of Westeros. Following George RR Martin’s books in chronological order would entail beginning with the prequels first (starting from Fire & Blood), then moving on to the full Song of Ice and Fire series. There’s no right answer really, as each method provides a fascinating literary experience.

Now, without further ado, here is the complete rundown of George RR Martin Books in order:

‘A Song of Ice and Fire’ Series

G.R.R. Martin’s A Song of Ice and Fire series is everything that fantasy readers can possibly crave. Despite their extensive length and complex plot structure, all books are curiously easy to read. At the same time, Martin’s writing is rich and almost poetic, especially while describing his favorite landscapes and characters.

If you haven’t watched the series at all, you should know that the tales of A Song of Ice and Fire are set on the fictitious continents of Westeros and Essos. Three main stories intertwine: a successional war among ancient families for the control of Westeros, the uprising threat of a terrifying, deadly species, and the fight of a deposed king’s daughter to reclaim the Throne. We won’t give any more details because, for once, it’s impossible to summarize this masterpiece, and secondly, because spoilers are the absolute worst.

Suffice it to say that, since their first publication in 1996, these books have sold almost 100 million copies worldwide, and have been translated into 47 languages. Among the many derived works are several prequel novels, a famous TV series – Game of Thrones – and a comic book adaptation.

Martin planned the series as a trilogy at first but has then moved on to envision a 7-volume series. The fifth and latest volume, A Dance with Dragons, was published in 2011 after 6 years of writing and editing. Since then, Martin has been working on the sixth novel, The Winds of Winter.

1. A Game of Thrones 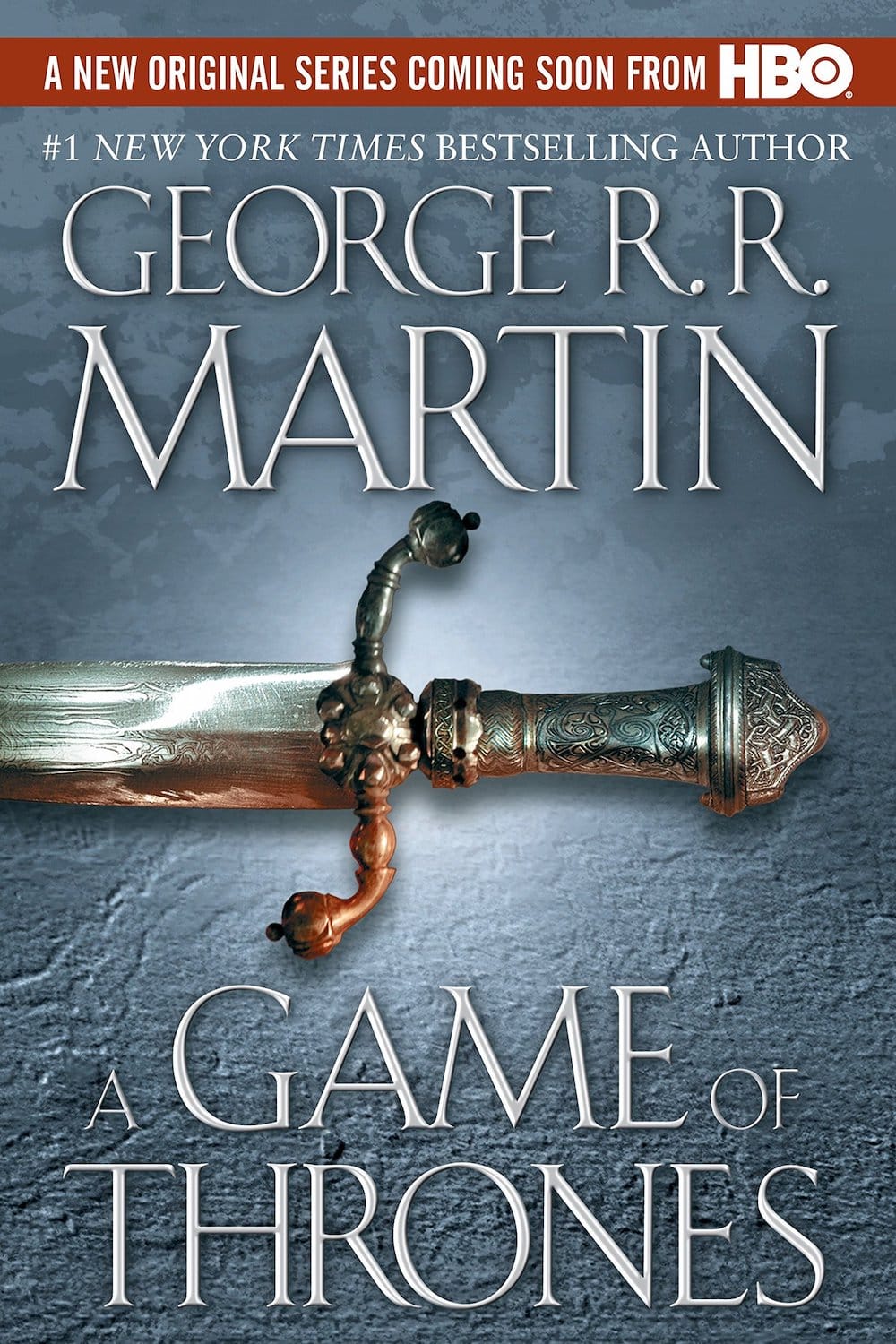 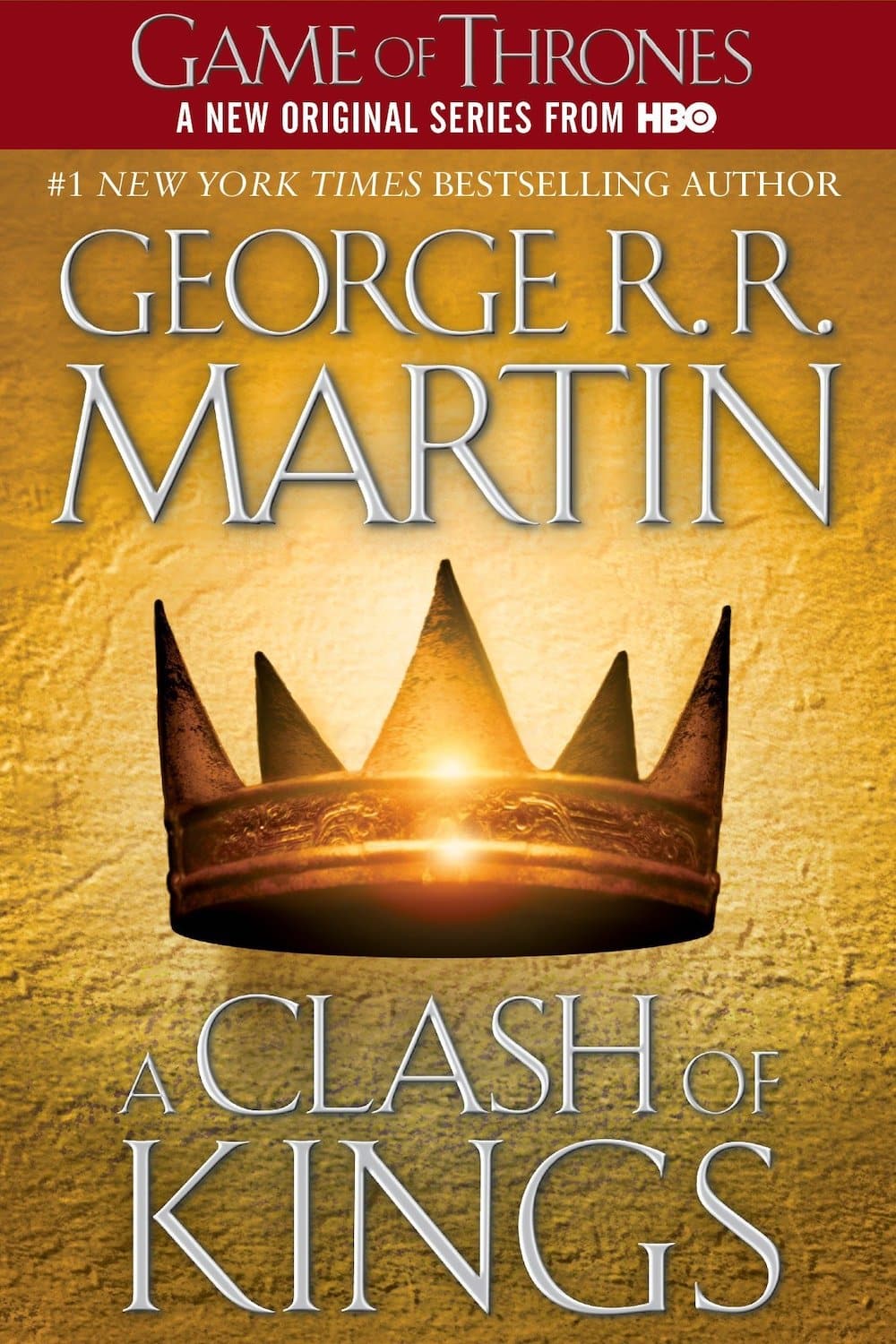 3. A Storm of Swords 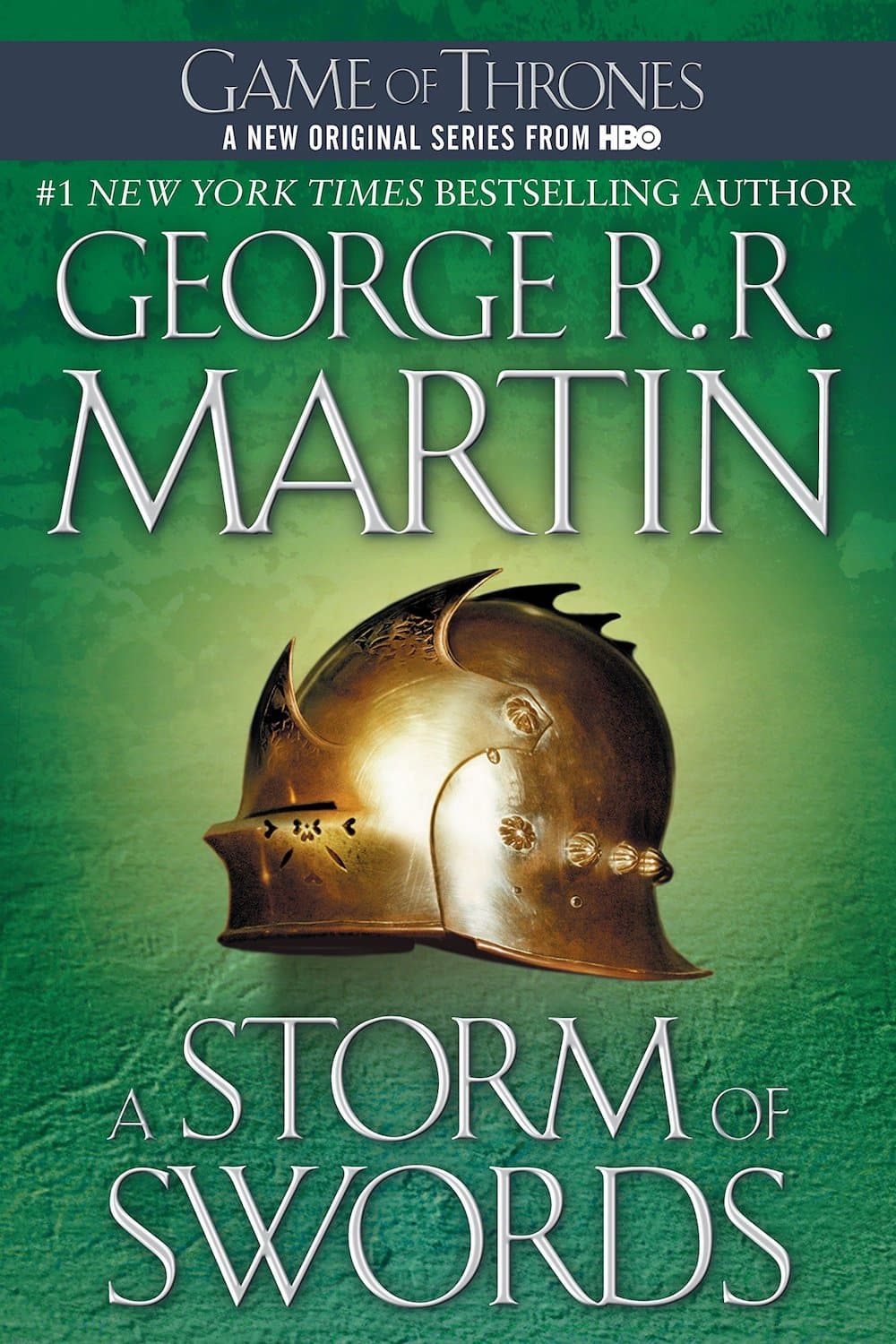 4. A Feast for Crows 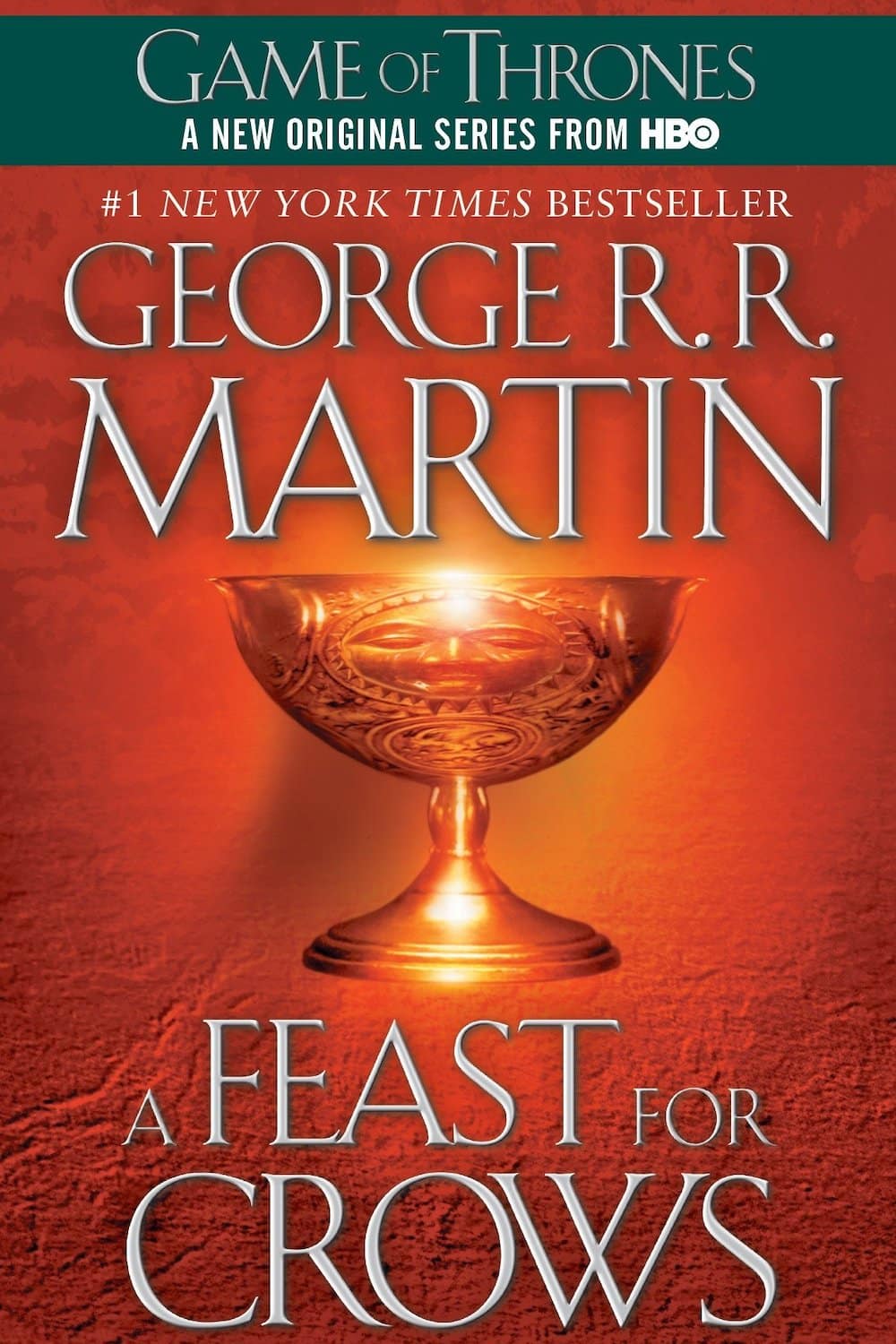 5. A Dance with Dragons 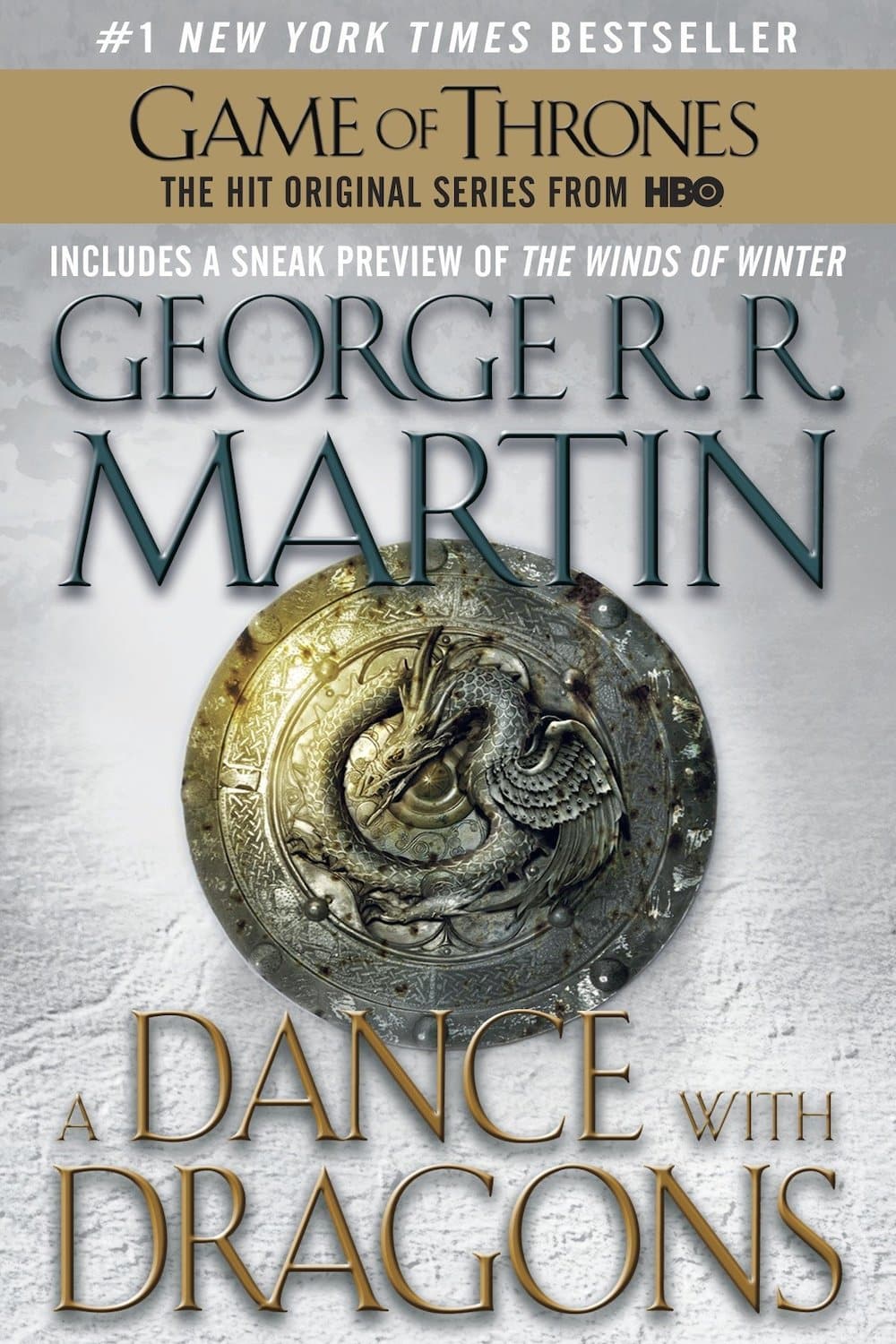 6. The Winds of Winter 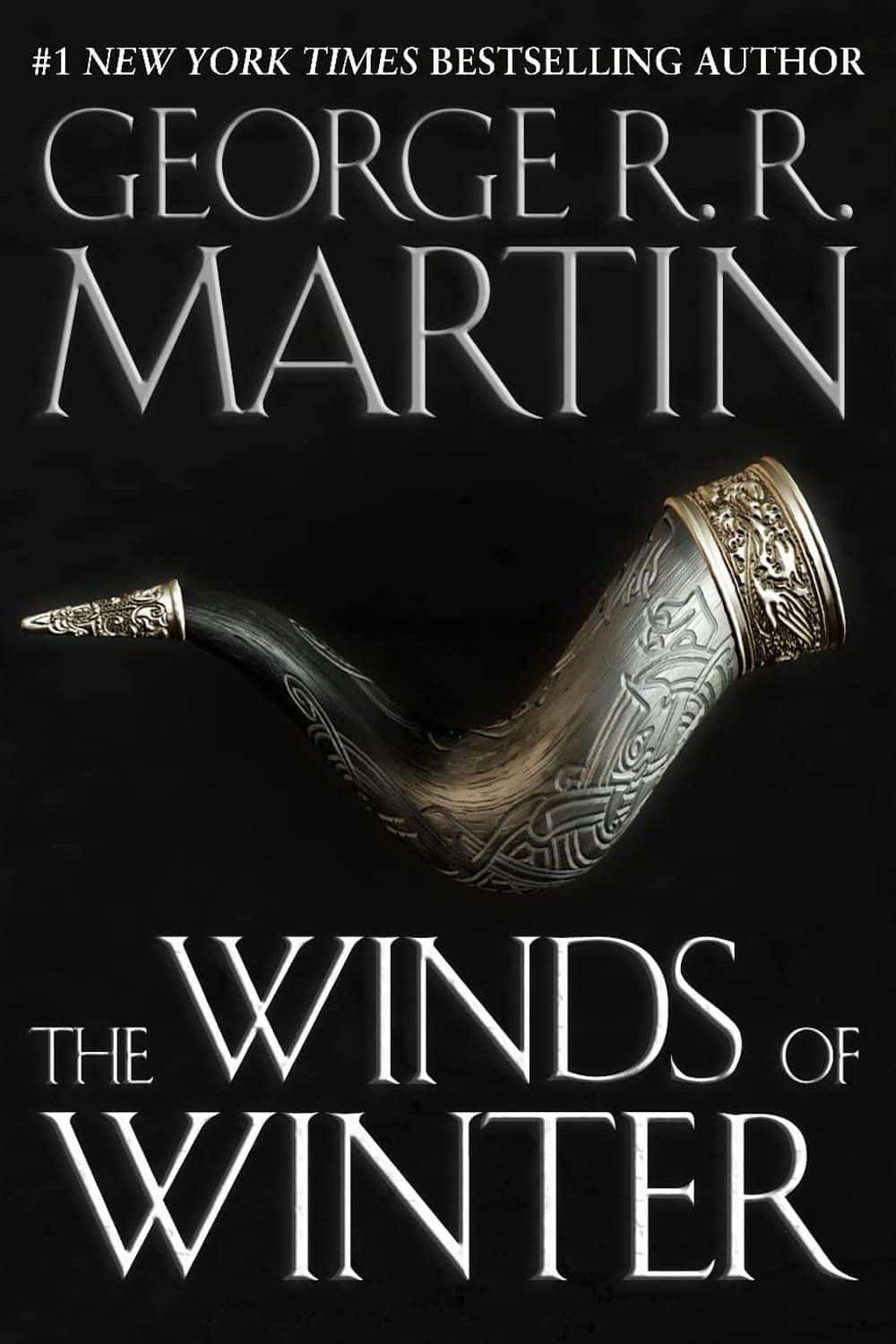 ‘A Song of Ice and Fire’ Prequels

To entertain ourselves while waiting for the sixth book to come out, and to deepen our knowledge of Westeros even more, below are the best George RR Martin books (in order) that are related to the Song of Ice and Fire universe. In particular, these books all tell the tales of Westeros before the events described in the main series.

About 300 years before the events of A Song of Ice and Fire, or Game of Thrones, the House Targaryen took up permanent residence on a land called Dragonstone. Here generations of Targaryens fought to keep that legendary home, all the way up to a disastrous war that nearly destroyed their dynasty forever. Starting with Aegon the Conqueror, the First of the Iron Throne, Fire & Blood narrates the tales of these three centuries of Targaryen drama.

The book’s narrative style is very different from the one you get accustomed to in A  Song of Ice and Fire series, and very unique. The tales are, in fact, brilliantly narrated by an Archmaester of the Citadel, who collected ‘historical’ sources over the dynasty. It reads almost like a thrilling history book.

The hardback edition of Fire & Blood even includes beautiful black-and-white illustrations, which really bring the stories (and the dragons) to life. 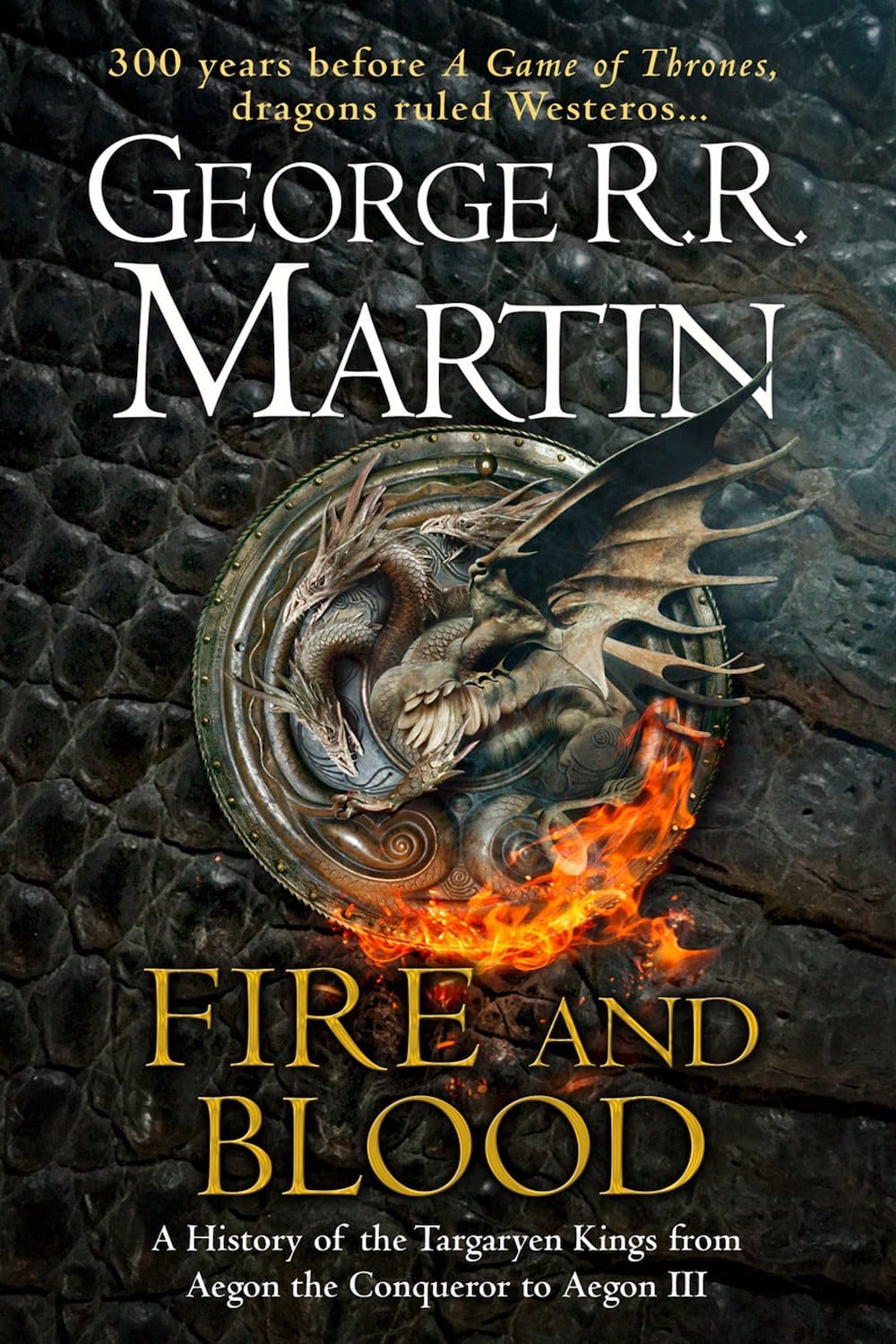 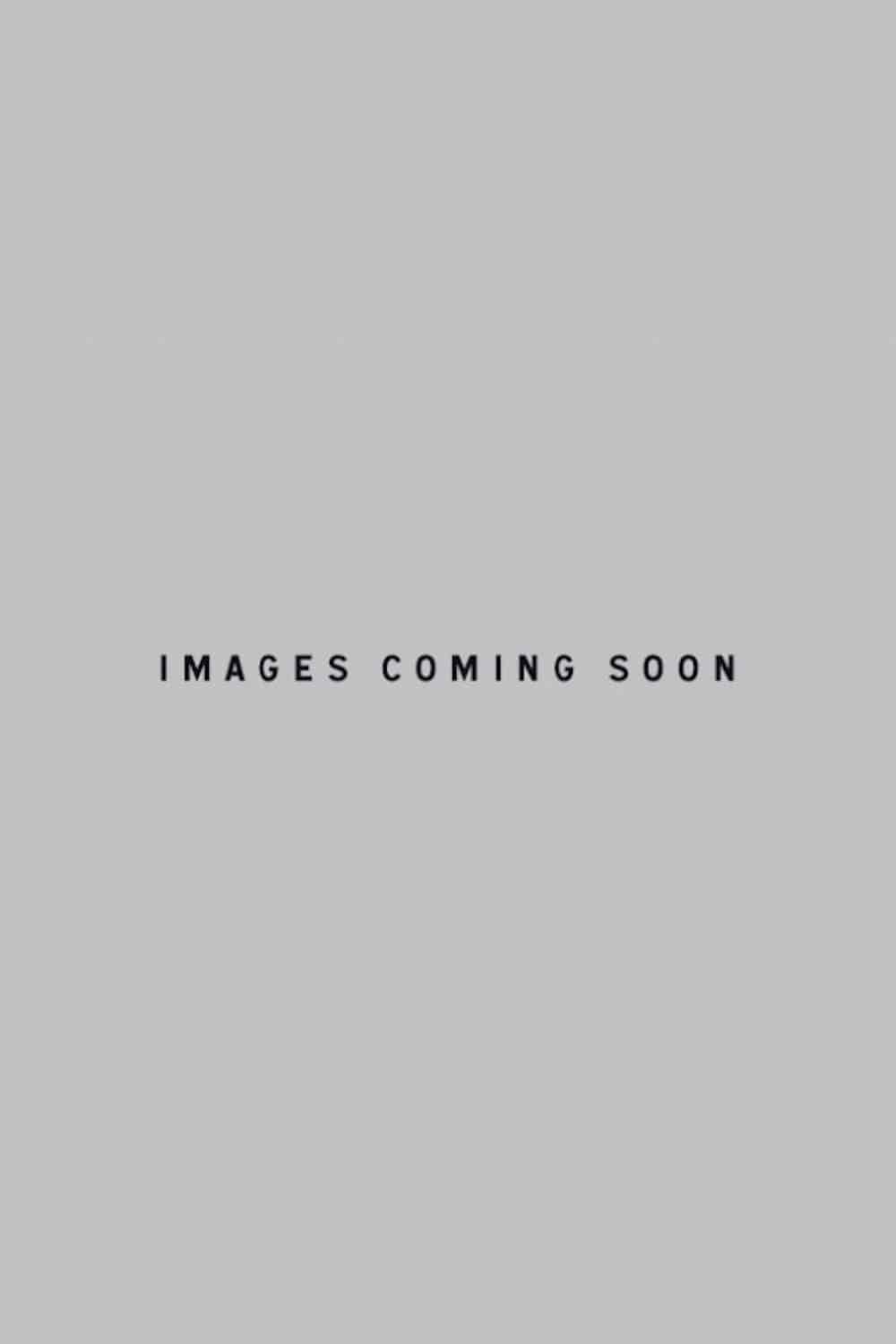 A Knight of the Seven Kingdoms

A Knight of the Seven Kingdoms is a collection of three prequel novellas that are set about a century before the events in A Song of Ice and Fire. These novellas are, in reading order, The Hedge Knight, The Sworn Sword, and The Mystery Knight, but are currently published together in a single volume.

What’s very interesting about this series is that we don’t see the world from some king or princess’ perspective, and we are far from the great houses. What we see, instead, is the Westeros world through the lens of a modest hedge knight, Ser Duncan the Tall. The series narrates, in particular, the adventures of Ser Duncan the Tall, who will later become a celebrated member of the King’s Guard, and his lord Egg, who will later be crowned the King of the Seven Kingdoms – hence the second title of the series ‘Tales of Dunk and Egg’.

This collection has the same feel as Game of Thrones, but it’s much lighter, funnier even. We think these short novels are the perfect way to ease the pain of those ugly GoT withdrawal symptoms. To enjoy these novels it’s not really necessary to have knowledge of the rest of the series, but it doesn’t hurt either. 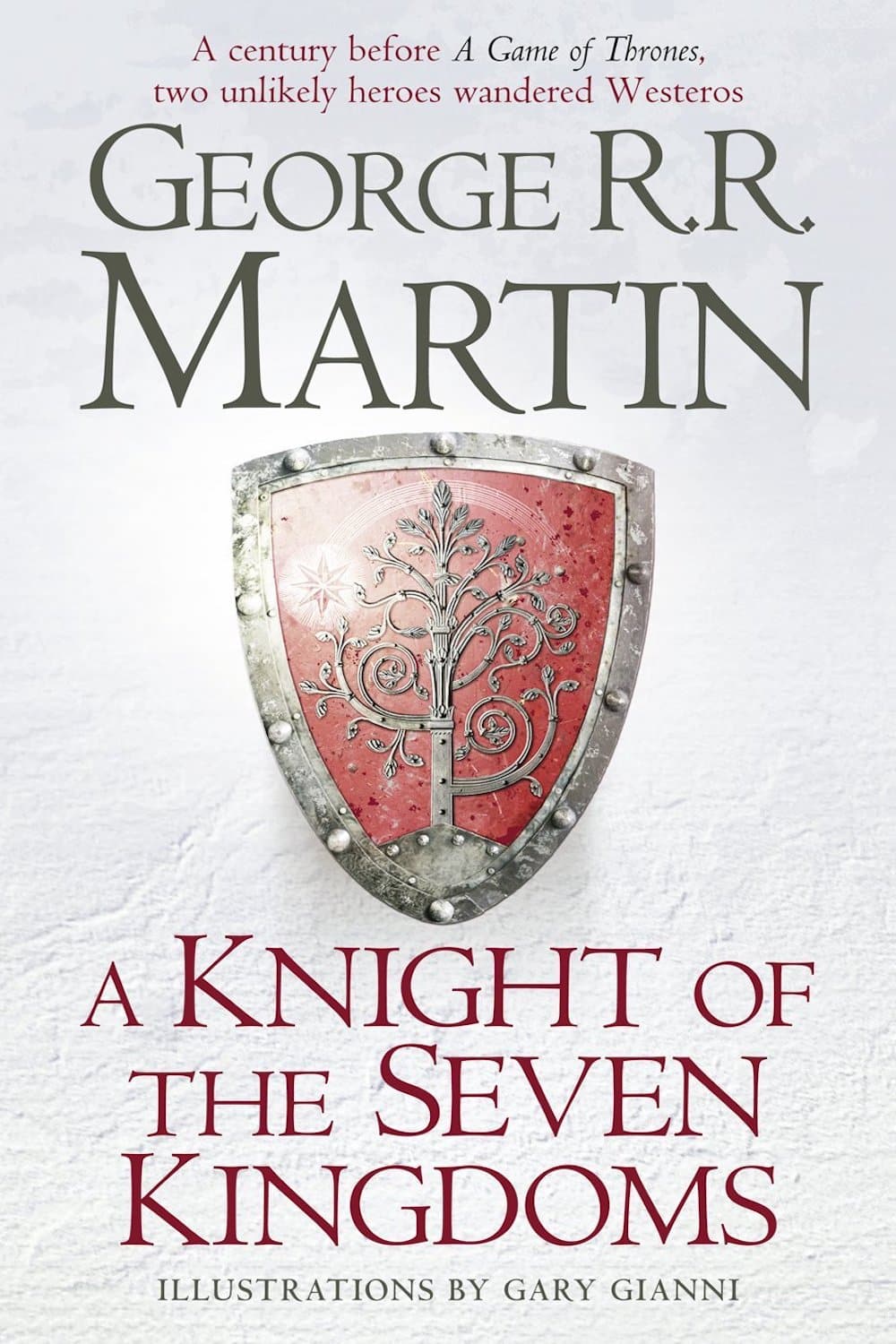 There are other books that George RR Martin, together with Elio M. García, released regarding the stories of Westeros. If you’ve already read all the books mentioned up to this point, these won’t necessarily give you any more info. However, these books are great reads for anyone that loves illustrations, and for all the serious fans that need-to-know absolutely everything about the world of Game of Thrones.

Below are the best George RR Martin books, in order, for those who want to further enrich their collection and knowledge of A Song of Ice and Fire Series.

The World of Ice & Fire 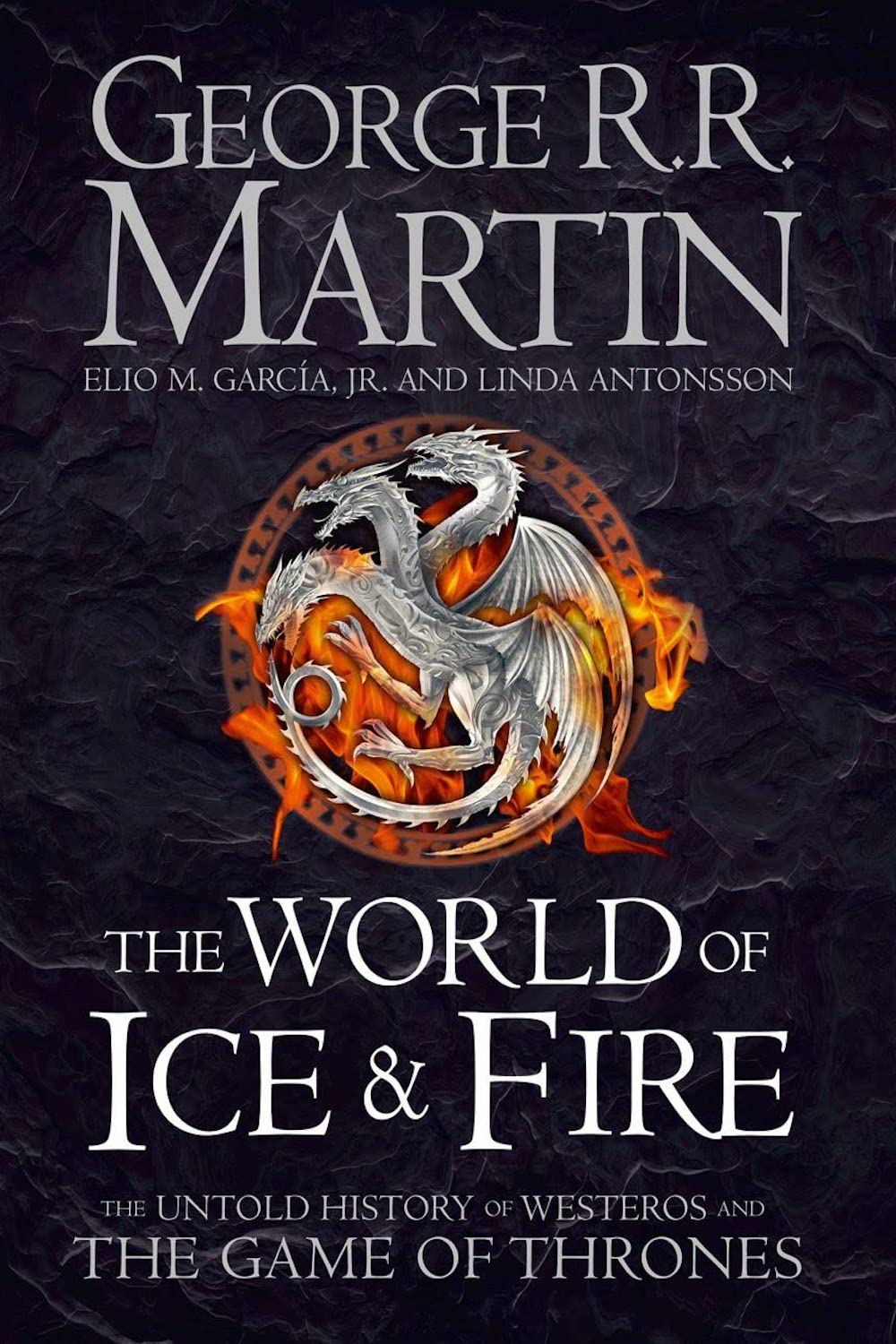 George RR Martin teamed up with Elio M. García, Jr., and Linda Antonsson, the founders of the fan site Westeros.org, to create a masterpiece that is full of colored artworks, detailed maps, intricate family tries, and notes on the culture and architecture in the Westeros world.

This elaborately illustrated book contains a comprehensive chronicle of the Seven Kingdoms, and of the epic wars, vicious rivalries, and audacious rebellions that lead to the events narrated in A Song of Ice and Fire. It really reads like a history or geography textbook and was specially designed for those who want to actually study the world created by George R.R. Martin.

The artwork is exceptional, and even if you’ve read A Song of Ice and Fire already, you can still find this book to be incredibly informative and interesting. 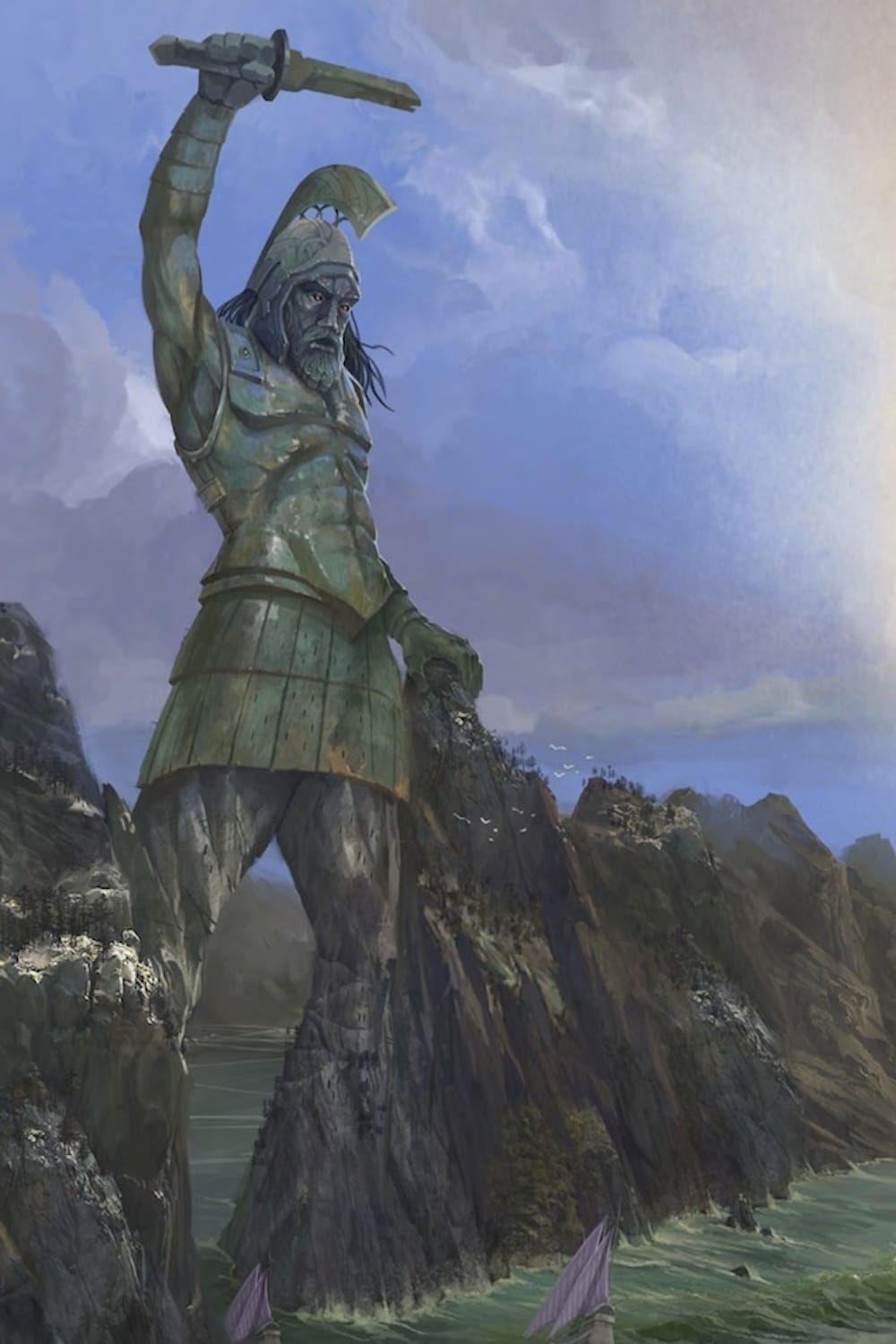 The Rise of the Dragon 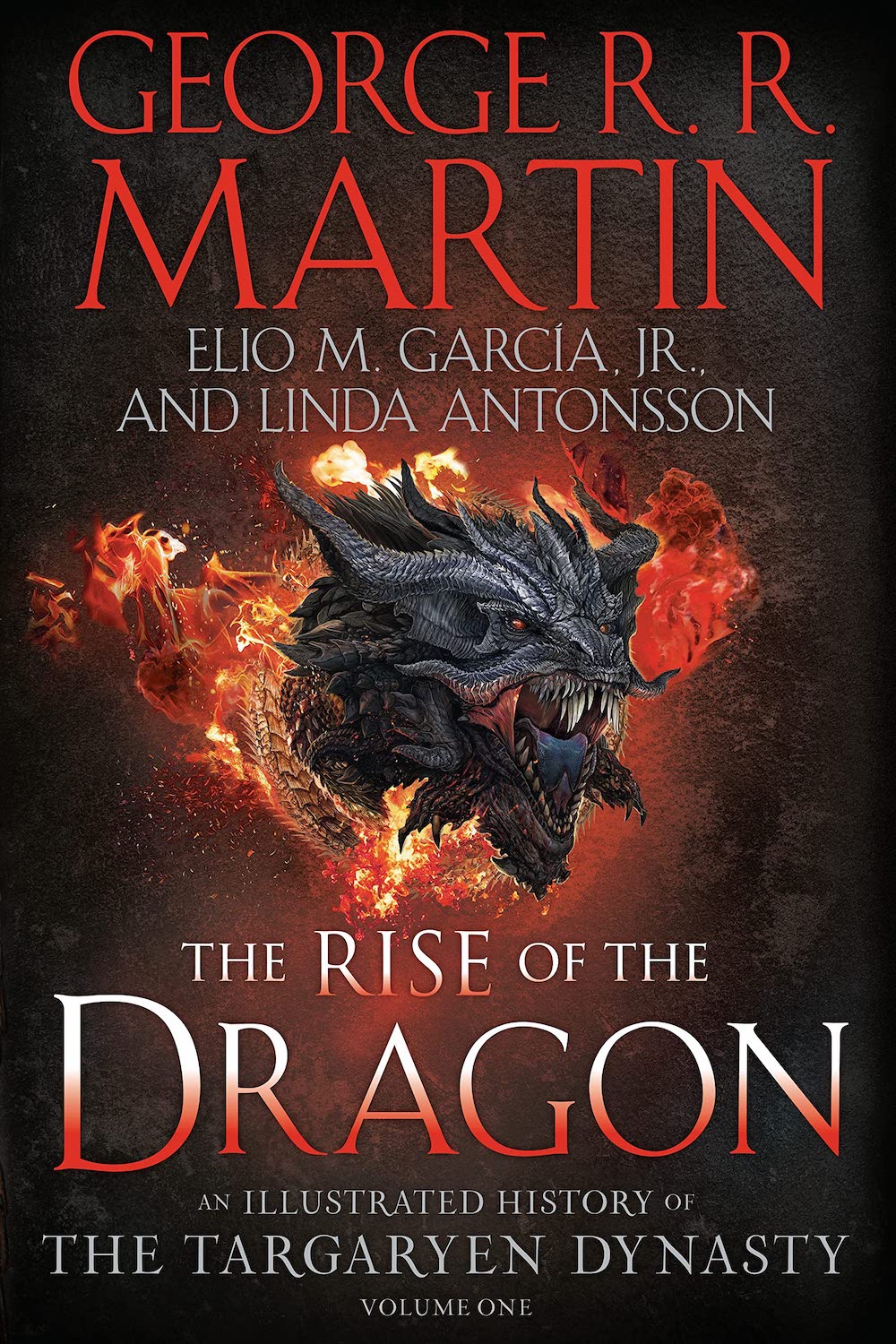 The Rise of the Dragon is a glorious, fully illustrated introduction to House Targaryen, the legendary dynasty at the heart of HBO’s Game of Thrones prequel series, the House of the Dragon.

The structure is not the exact same as Fire & Blood, but it narrates the same time period and the same events, beginning with Aegon the Conqueror. The real selling point here is not the story but the artwork, which is truly stunning. Over 150 illustrations fill this volume with beautiful representations of Westeros kings and queens, their dragons, plus all the knights and ladies.

We fully believe this to be a book that any collector of fantasy artwork should have on their shelves. And even if you’ve already read Fire And Blood, this could make a fine addition to your bookcase. 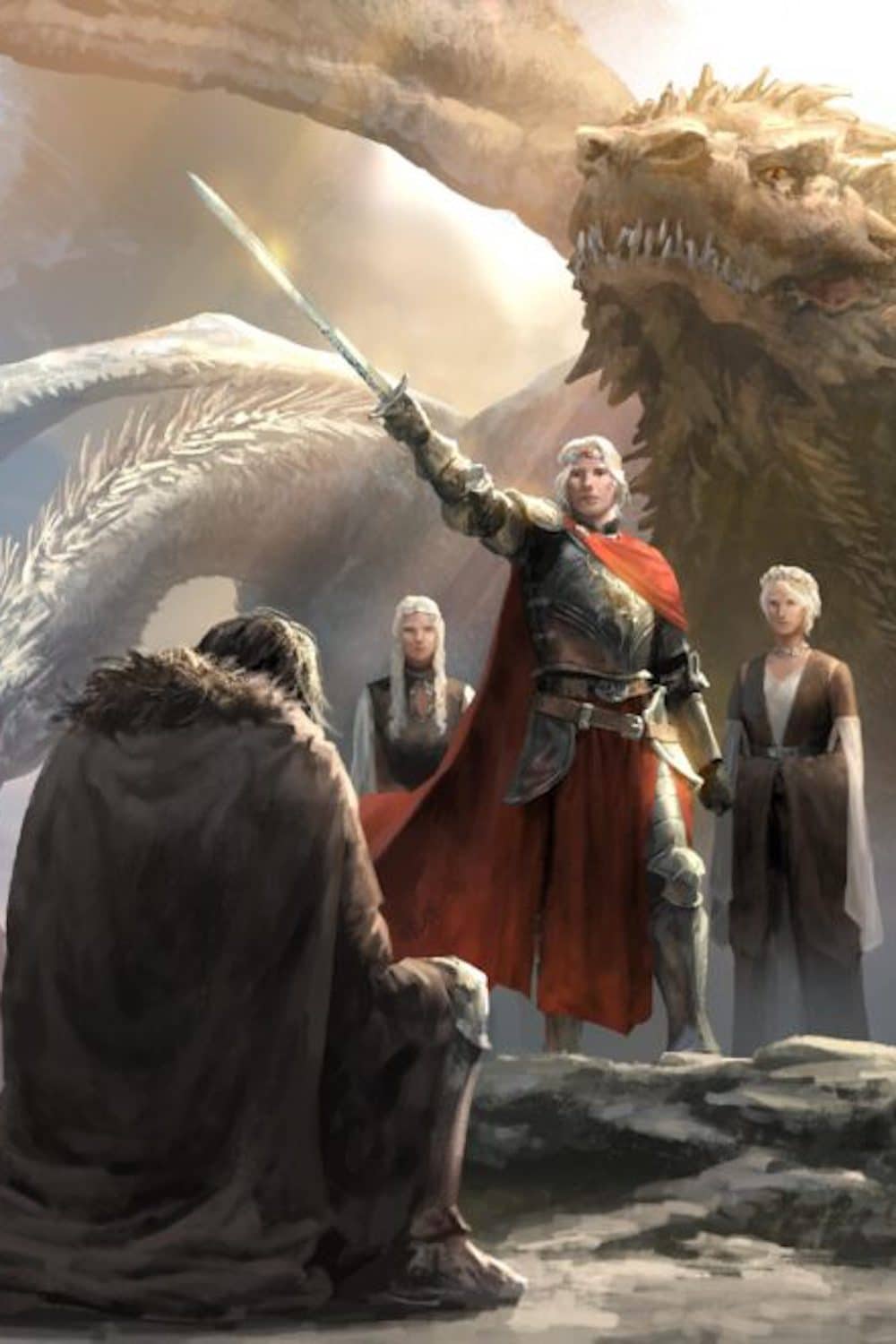 What are, in your opinion, the best books by George R.R. Martin? What is your favorite way to read George RR Martin books in order?