5 BEST AREAS TO STAY IN LONDON FOR FIRST-TIMERS

Planning a trip to the City in 2023? Looking for the best areas to stay in London for the first time? Read through this definitive guide to the top neighborhoods in London, including all the finest addresses in each area. 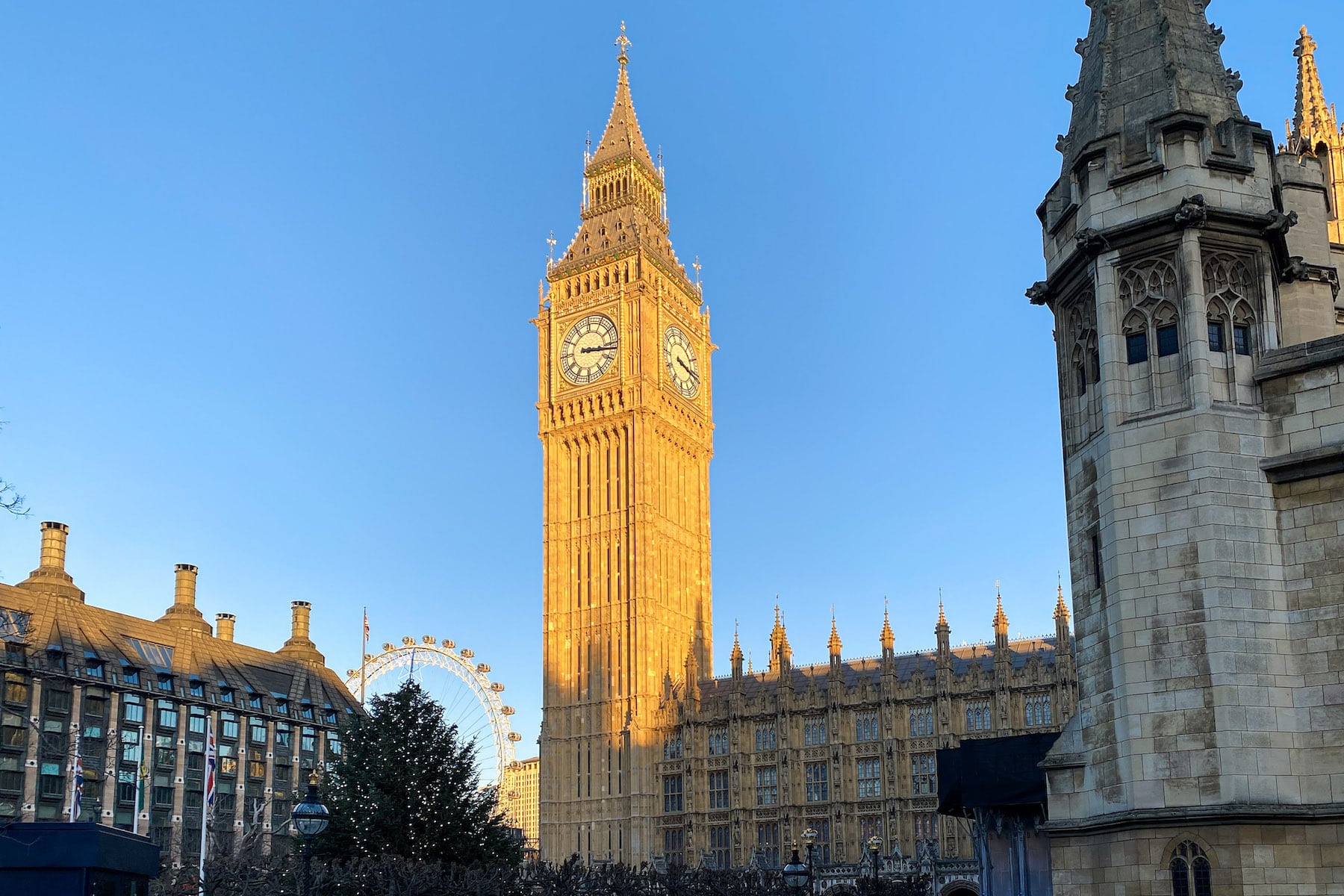 It’s stating the obvious, but London is a huge city. To give you a sense of how big it is, let us highlight that the London region covers an area of 1,572 km2 and consists of 33 districts, each further partitioned into various neighborhoods, or areas. And while every option in London may be a great one, it is undeniable that some areas are better than others when it comes to public transport, fine restaurants, historical landmarks, general amenities, or even safety. Of course, there’s no right answer for all, but there’s undeniably an ideal place or two for each specific preference and budget.

In this guide to the best areas to stay in London, we’re going to cover five excellent neighborhoods that will make a great home base for any London Itinerary. We’ll give you a general feeling of each area, the pros and cons, a list of the closest landmarks, hotel suggestions, and the best addresses to eat & drink. By the end of the article, you’ll have all the information you need to choose the best area to stay in London based on your needs.
Sound good? Let’s get into it.

The map below can help you visualize the best areas to stay in London and get a sense of the distances. You can click on each pin for additional information about that area.

5 Best Areas to Stay in London for First-Timers

Kensington possesses many different shades of classy. This royal area in the west end is packed with beautiful examples of British architecture, elegant avenues, and exquisite shopfronts. This area is also home to several renowned museums in London, the most beautiful park in the city, and a shopping quarter that exudes wealth. Down south, where Chelsea is, you can find a more residential area that offers many opportunities to exercise your credit cards too, with Harrods being the biggest of them.

Pros: the best area in London for families; great selection of museums;

Cons: may be too quiet at night for younger crowds;

Best landmarks in Kensington and Chelsea:

Best hotels in Kensington and Chelsea:

Best restaurants in Kensington and Chelsea: 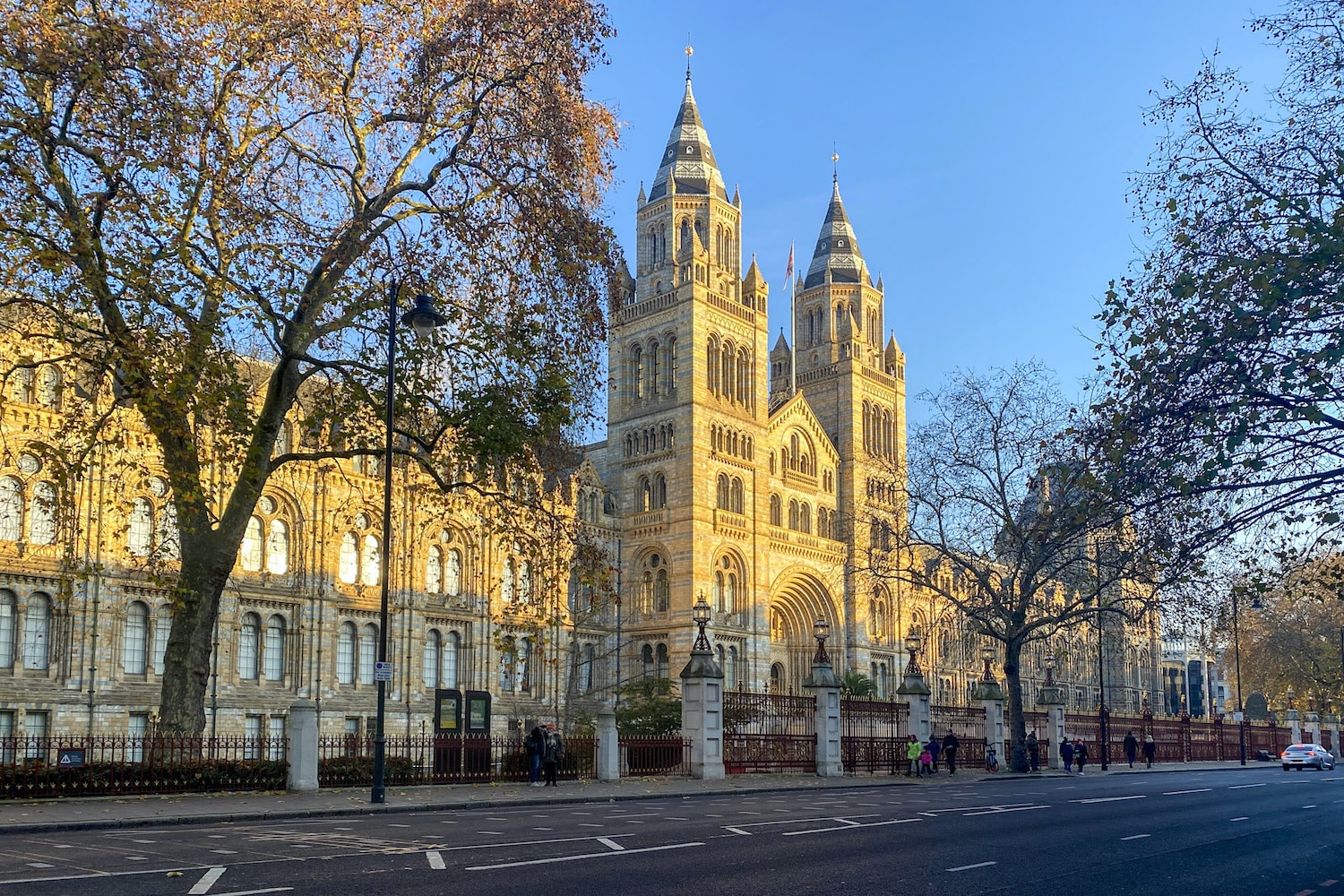 4) The City of London

For most of its thousand-old-year history, the City was London.

Located within the outline of the Roman walls erected 2,000 years ago, the City area is a constant reminder of London’s extensive history thanks to its plethora of historical sites, tortuous paths, reminiscent street names, and churches. Yet, the City is nowadays the site of London’s most audacious skyscrapers and the heart of its financial center. During the day, crowds of suited-up business people pack the streets, while at night the bigger streets are much quieter.

Pros: One of the best areas in London for sightseeing

Cons: Not that many options in terms of restaurants

Best landmarks in the City:

Best hotels in the City:

Best restaurants in the City: 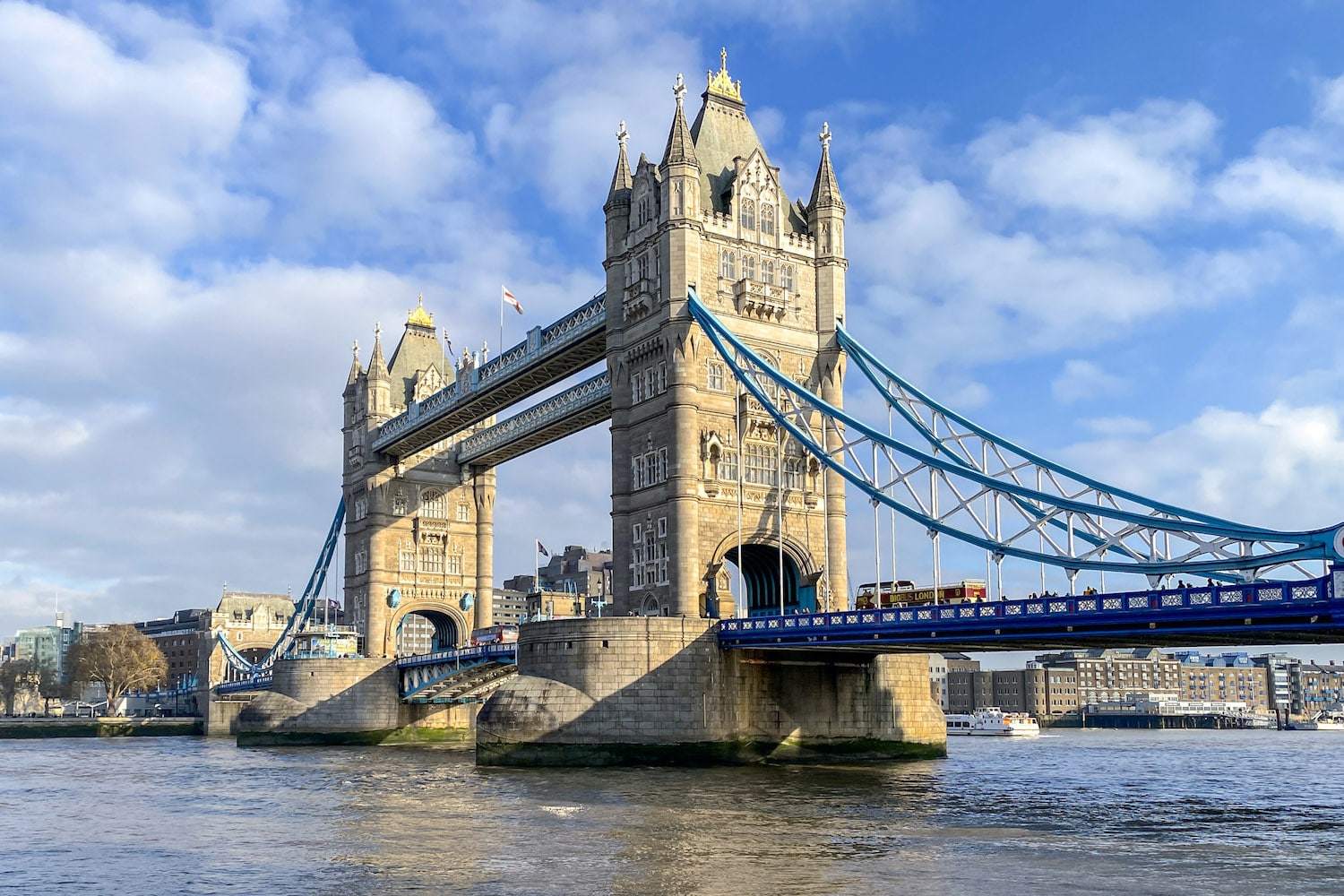 Oxford Street divides the two very wealthy areas of Mayfair and Marylebone. While Mayfair takes its original name from a fair that was once organized here, today it is recognized as a fortress of refinement and exclusiveness, with its Georgian-style avenues packed with luxury boutiques, art galleries, and niche corporations. Marylebone also gives off wealthy vibes, but with a more relaxed, cozy feeling.

Best landmarks in Mayfair and Marylebone:

Best hotels in Mayfair and Marylebone:

Best restaurants in Mayfair and Marylebone: 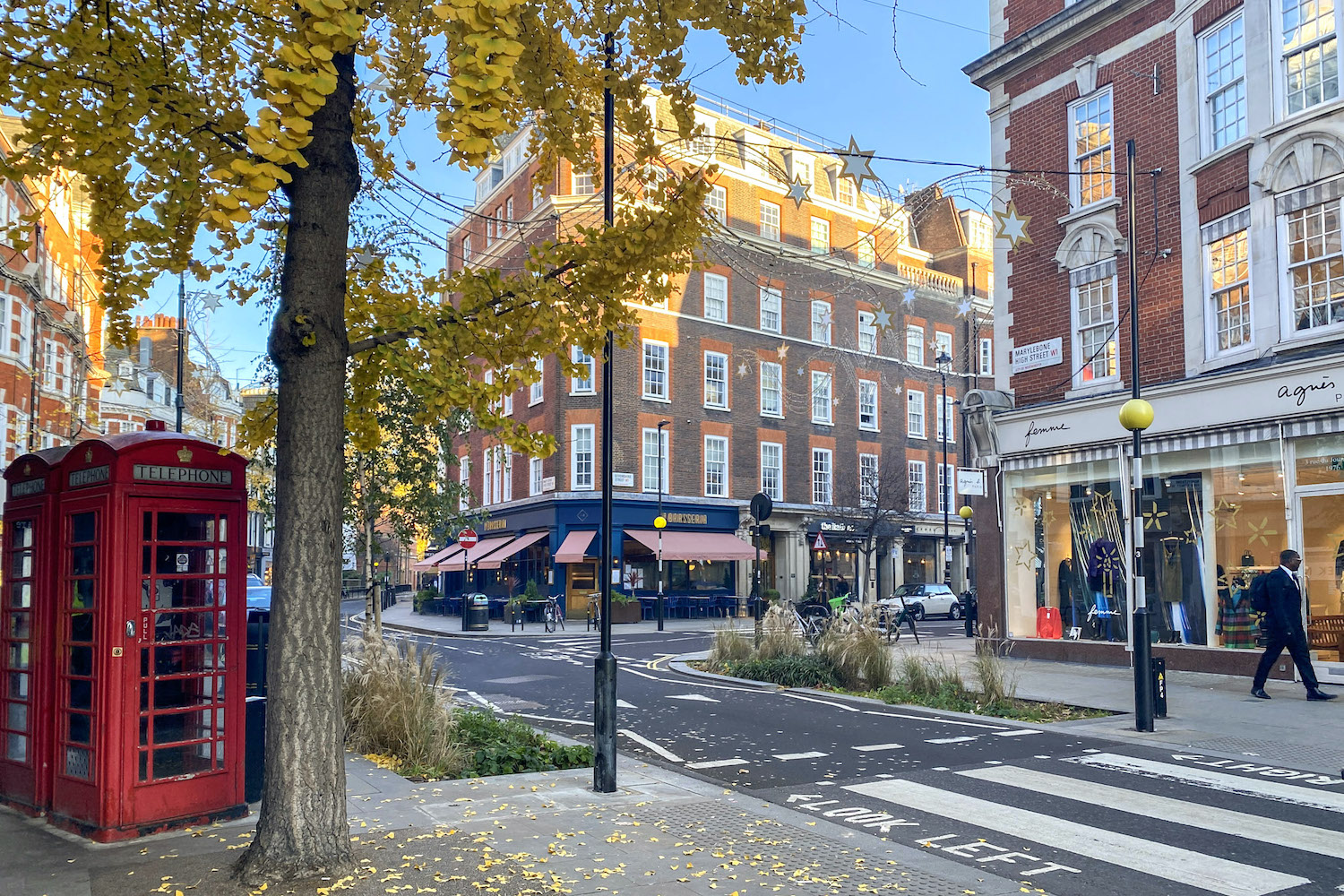 Westminster is the political heart of London, there is no doubt about that. The area is not devoid of culture either, with a fine selection of museums right at the palm of your hand. Both aspects make the convenience factor in Westminster almost unmatched, as you’ll be a few steps away from almost everything you must see on a first trip to London.

On top of that, when you’re in the mood for a bit of shopping you can easily take a stroll down Oxford Street. Then, when you need some rest, you’ll also find St- James’s Park around the corner.

Pros: great for sightseeing; all the most important landmarks of London are here

Cons: it can get very crowded; hotels are a bit overpriced; very few good options for restaurants.

These neighboring areas, separated only by Charing Cross Road, draw in most of the younger, cooler crowds to the City. Neither area has many historical landmarks to show but both have an incredible variety of nightlife options, including the best restaurants, theatres, bars, and clubs in London.

Covent Garden, besides reinventing itself over the last decade as a shopping district, can still be defined as ‘Theatreland’, housing both the English National Opera and the Royal Opera. The area is bustling with theatre-goers through pretty much all evening.

Pros: the best area in London for restaurants and nightlife; great transportation options

Cons: not that many historical landmarks in the immediate vicinity, although there are several tube stations here that make it very easy to get around

Are you in a hurry to decide? Let’s recap:

What is the best area to stay in London for first-timers?

The best area to stay in London is Soho, especially for those who are visiting the City for the first time. This upscale area is not only very close to most of the landmarks that any tourist wants to visit in London, but is also home to lively streets, a great transportation hub, and the best restaurants and bars in the City.