13 BEST THINGS TO DO IN TOKYO: FIRST-TIMERS’ GUIDE 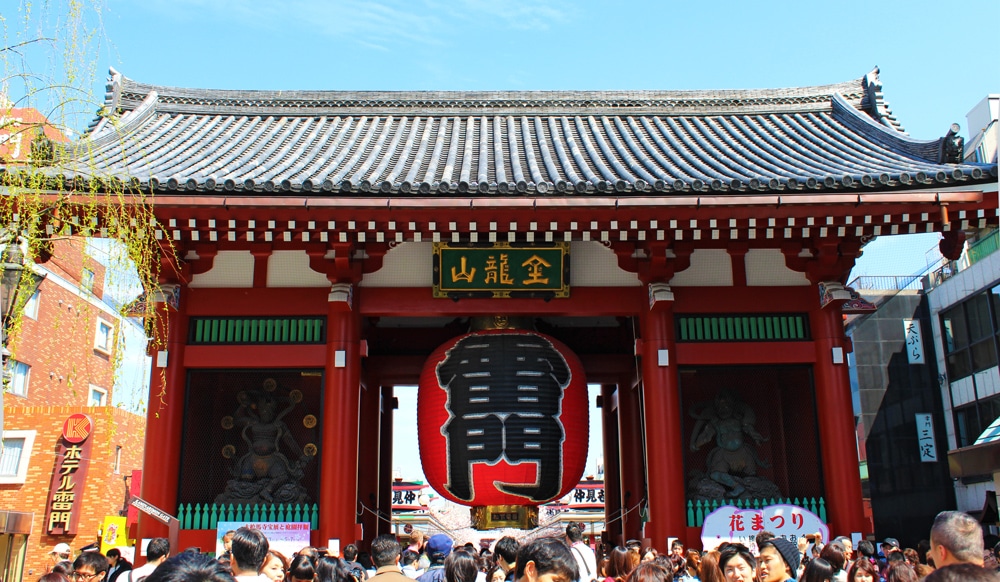 One of the best things about Tokyo is the sheer number of things there are to do (and, of course, to eat!), but it can be hard to narrow it down to the essentials. To help you plan your trip, the following is a list of the 13 Best Things to Do in Tokyo if you’re visiting the city for the first time, from iconic landmarks to local favorites:

Sensō-ji is Tokyo’s largest ancient Buddhist temple and its Kaminarimon (Thunder Gate) is the symbol of the city. This beautiful temple is dedicated to the Bodhisattva Kannon, the Goddess of Mercy. The legend says that in the year 628 two brothers fished a statue of Kannon out of the Sumida River, and even though they put the statue back into the river, it always returned to them. Consequently, Sensoji was built nearby for the goddess of Kannon. The temple was completed in 645, making it Tokyo’s oldest temple.

Leading to the temple is a 250m shopping street where you can buy anything from snacks to Hello Kitty dolls. Close to the Main Hall, you’ll also find the Asakusa Shrine and a lovely pagoda.

Getting there by Subway: Ginza Line – Asakusa Station. 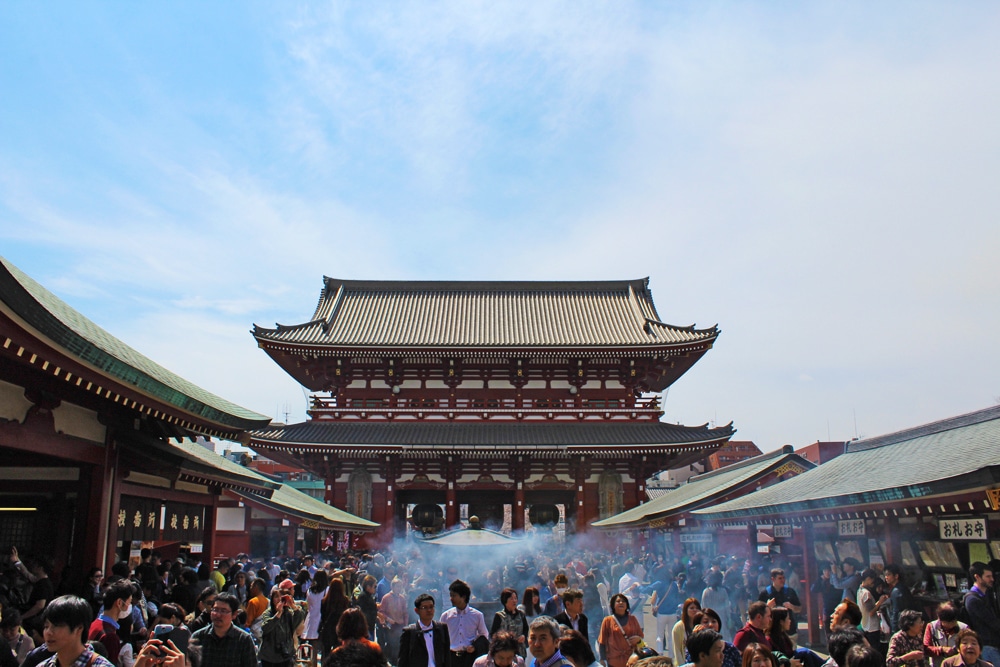 Meiji Shrine is a Shinto shrine dedicated to the deified spirits of Emperor Meiji and his wife, Empress Shōken. Entry into the shrine grounds is marked by a huge torii gate, after which a forest rustle replaces the sounds of the busy city. An interesting thing you will spot at Meiji Jingu Shrine is this massive collection of sake barrels. They are called kazaridaru in Japanese and are a decorative display donated by sake brewers from around Japan.

3) Enjoy some people-watching in Shibuya

Shibuya is a popular entertainment section of Tokyo and a hot spot for the under-30 crowd. One of the hippest places in the city, the area is packed with clothing boutiques, record shops, and monstrous five-story TV screens. This district is also famous for its street crossing in front of Shibuya Station. When the lights turn red, traffic comes to a halt on all 10 lanes, and the huge mass of people – an estimated 2500 at any given time and 2 million per day – surge forward in every direction in the most polite and orderly ‘scramble’ you can imagine!

Getting there by Subway: Hanzomon, Fukutoshin & Ginza Line – Shibuya station. 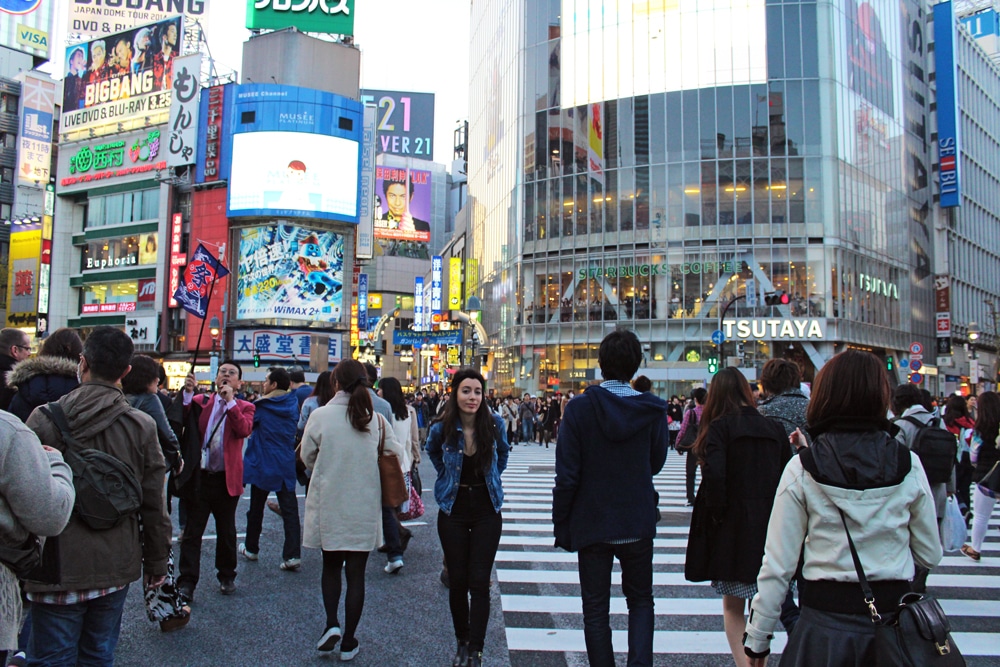 4) Take a ride up Tokyo Tower

With 333 meters, Tokyo Tower is 13 meters taller than its model, the Eiffel Tower of Paris, and the world’s tallest self-supporting steel tower. It was completed in the year 1958 as a symbol for Japan’s rebirth as a major economic power and serves as a television and radio broadcast antenna. Visitors can ascend to the main observatory at 150 meters and the special observatory at 250 meters to get a bird’s eye view of Tokyo. 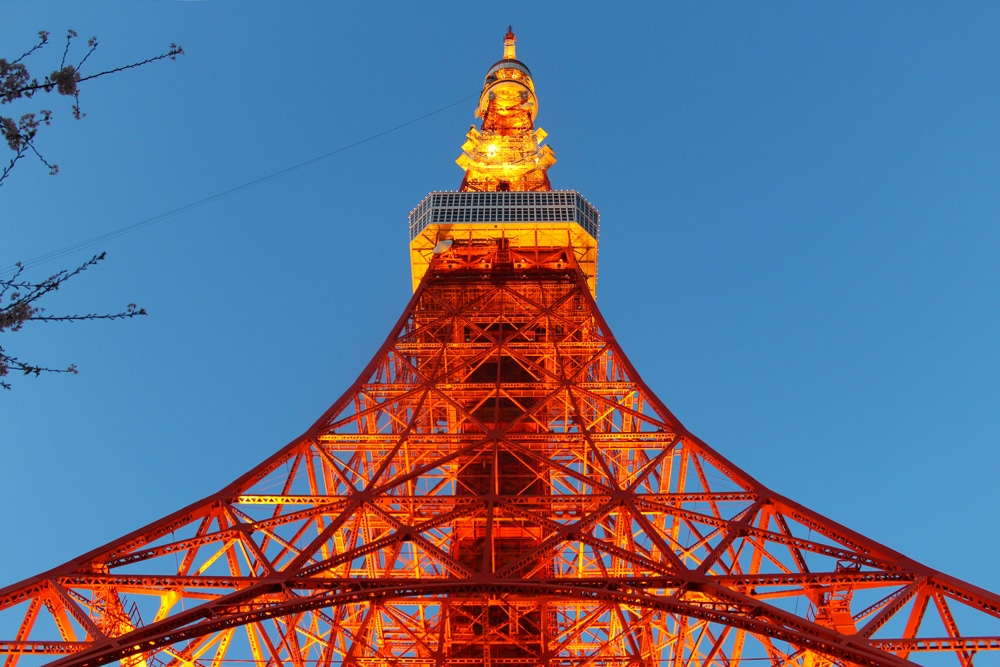 The Tokyo Metropolitan Government Building soars up 243 meters above the ground. Designed by Kenzo Tange, the building’s twin towers cover 48 floors. On the 45th floor is where you’ll find the public observation decks, which can be reached by elevator in a speedy 60-second trip. Just beware of the crowds – you’re not the only tourist in Tokyo you know! But once you step onto the observation deck you’ll be faced with gorgeous views of the city. Another famous observation deck is the one located 152m above ground, in the World Trade Center Building in front of Hamamatsucho Station, from where you can see the Tokyo Tower from a beautiful angle. 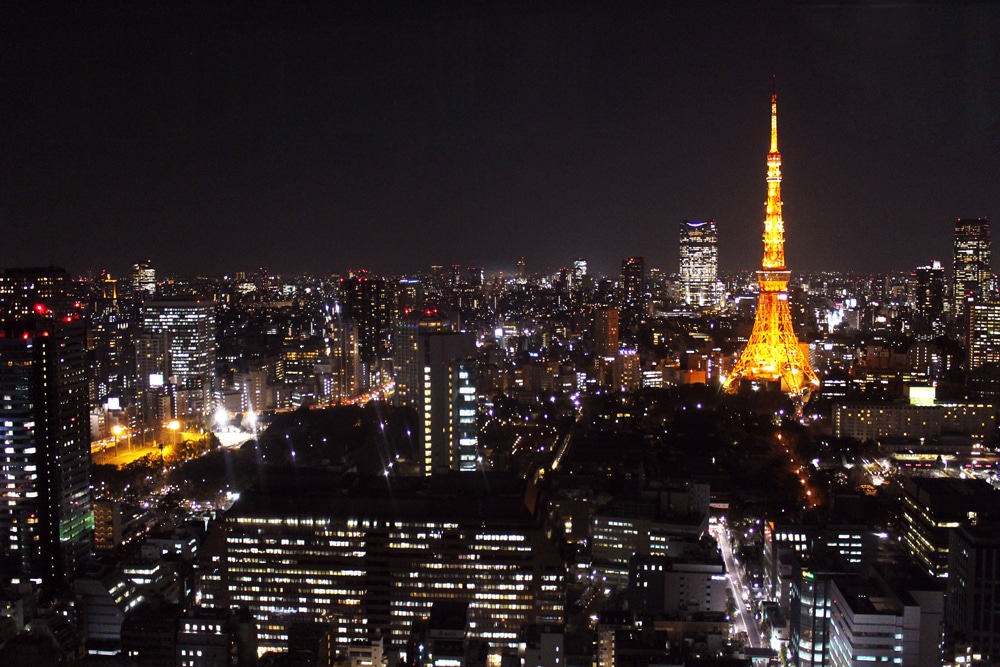 Tokyo Imperial Palace is the main residence of the Emperor of Japan. Except on Jan 2 and Dec 23 (Emperor’s Birthday), the palace buildings and inner gardens are not actually open to the public. Only on both specific dates, visitors are able to enter the inner palace grounds and see the members of the Imperial Family, who make several public appearances on a balcony. The Imperial Palace East Gardens are open to the public. 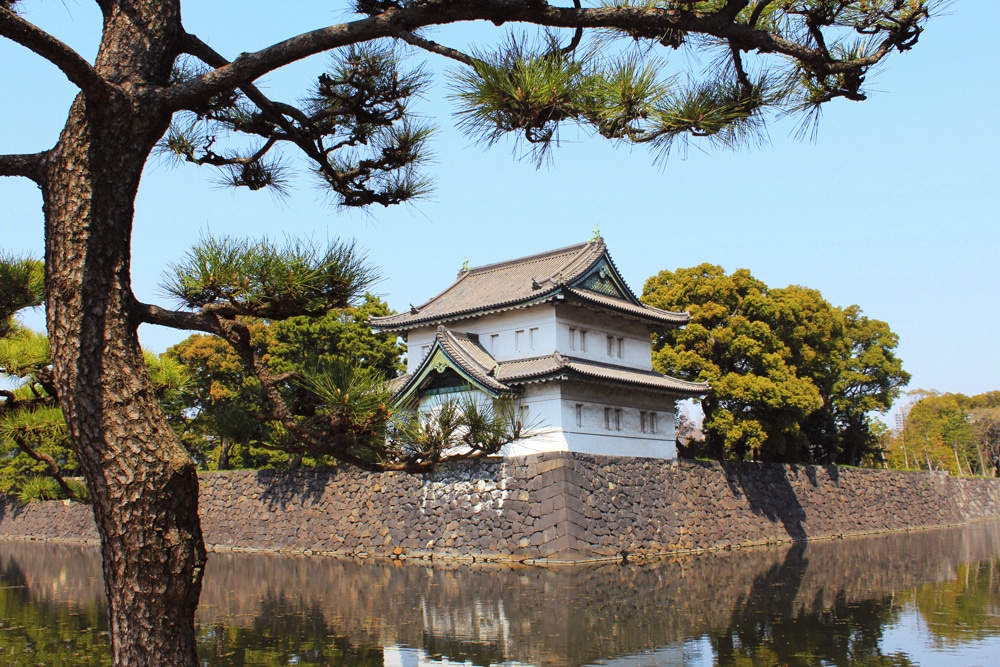 As the capital of Japan, Tokyo has its fair share of museums. Many of them house large collections of national treasures, such as the Japan National Archives and the National Museum of Modern Art, but the largest of all museums in Tokyo – and in Japan – is the Tokyo National Museum, which specializes in traditional Japanese art. The museum is ranked 37th in the world in terms of traffic, seeing 1.4 million visitors annually. The collection contains over 100.000 items, including 87 National Treasure holdings.

Getting there by Subway: Tokyo Metro Ginza or Hibiya Line – Ueno Station 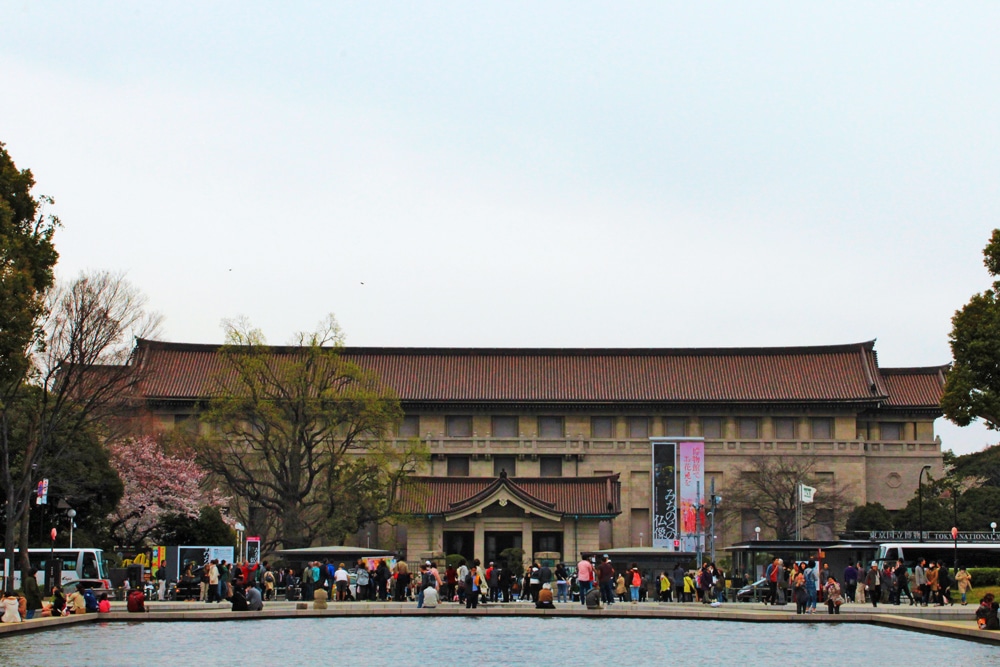 Another of Tokyo’s famous districts, Akihabara was once known as “Electric Town.” In the post–World War II period, the area became a major shopping center for electronics and household appliances, while in the 1980s, the focus of business in the area shifted to computers. Computer nerds, anime, and manga fans are the primary customers of the various electronics shops, comic shops, and maid cafes located here. Cosplayers and conventions are not unusual sights on the streets, and many anime mascots are visible in window displays.

Getting there By Subway: Tokyo Metro Hibiya Line – Akihabara Station 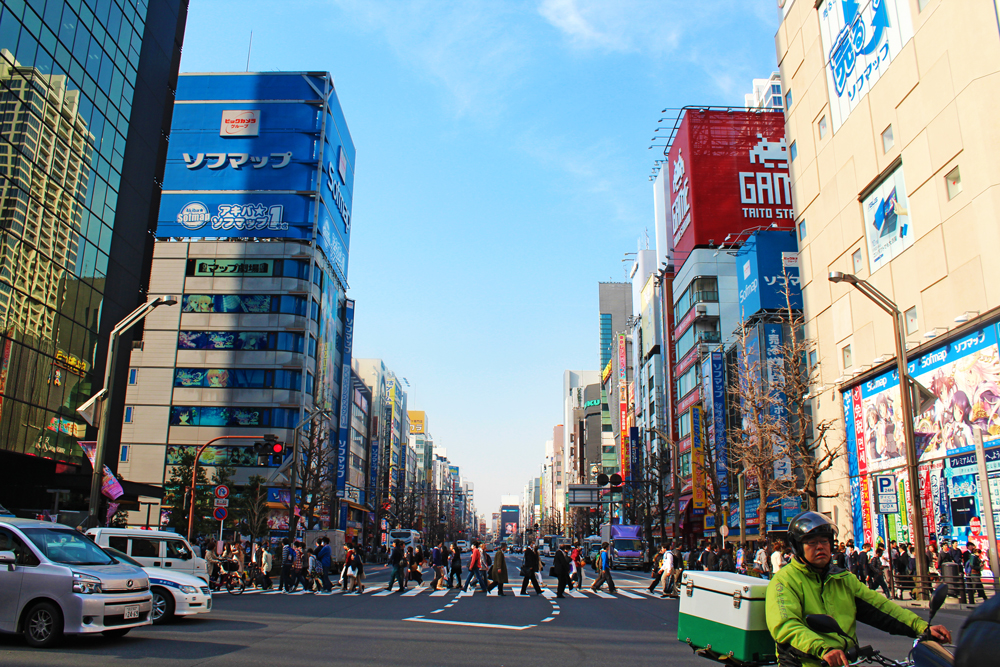 With the arrival of spring in late March or early April, a pink tide of cherry blossom washes north over Tokyo, lasting little more than a week. For those of you who’ve never had the pleasure of being in Tokyo during cherry blossom season, “hanami” is the traditional Japanese way of admiring the sakura.

The finest displays are along the moat around the Imperial Palace (particularly the section close by Yasukuni-jinja), in Ueno-kōen, Aoyama Cemetery, Shinjuku Gyoen, the riverside Sumida-kōen, and on the banks of the Meguro-gawa west of Meguro station, where every tree shelters a blossom viewing party.

Opening Hours: All day every day! 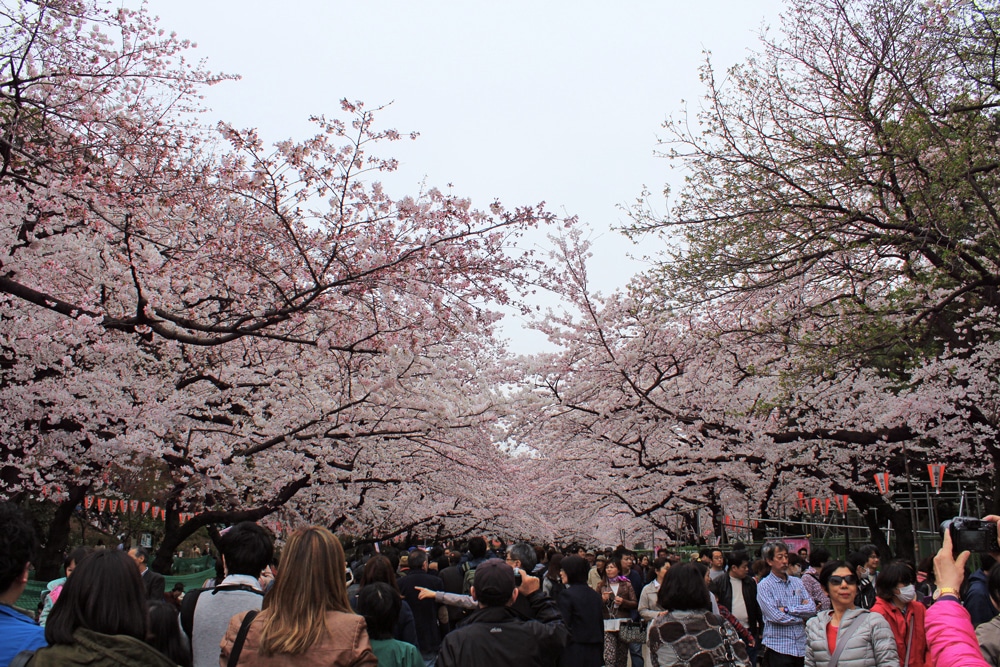 Locals’ favorites are the Higashi Gyoen Garden, which is part of the Imperial Palace, the Nezu-jinja Shrine Garden, famous for its blooming azaleas in May, and the Shin Edogawa Garden, a classical Japanese garden. You’ll find endless subjects to shoot, from Bonsai trees and stone lanterns to cute colorful carps. And the best part is, most of these gardens are free to enter! 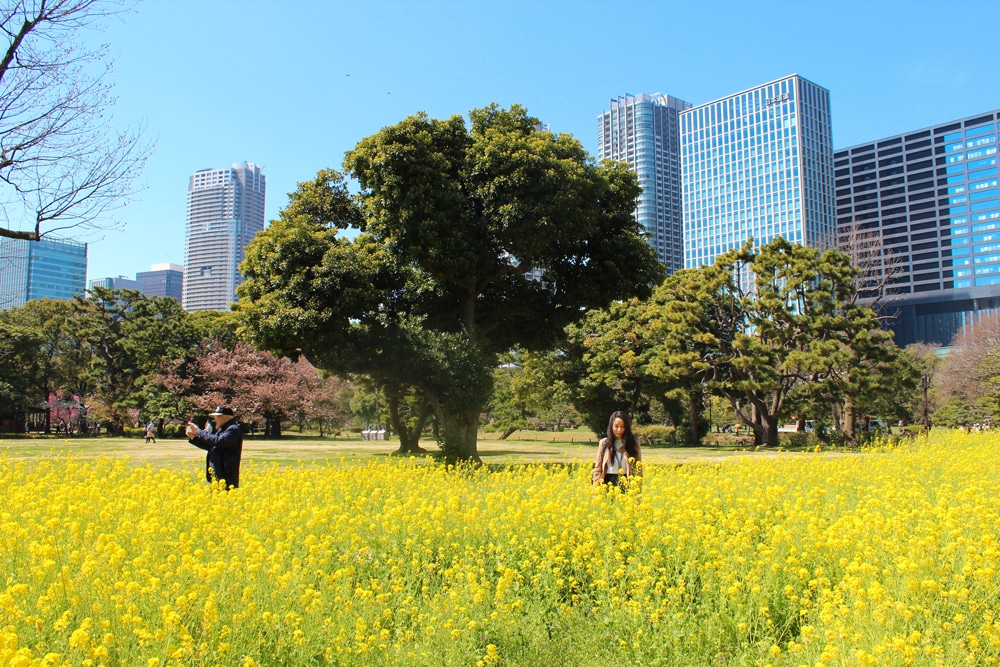 Getting there by Subway: Tokyo Metro Marunouchi, Ginza and Hibiya Line – Ginza Station 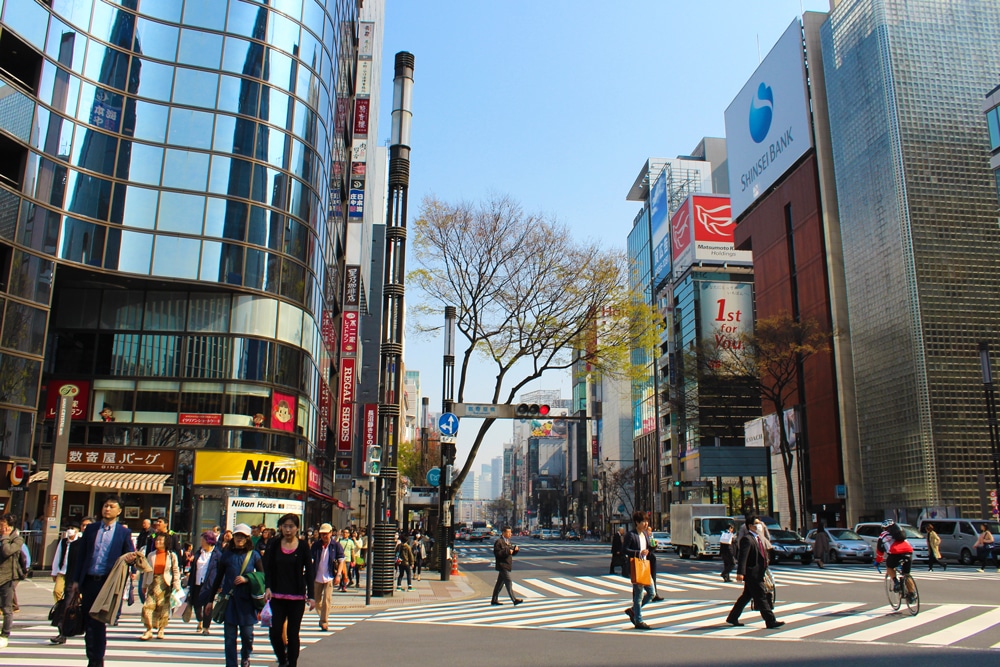 12) Eat the best sushi of your life at Tsukiji Market

No visit to Tokyo is complete without a sushi breakfast, and the Tsukiji Market is just the place. The world’s largest, busiest fish market is a favorite destination for jet-lagged tourists with predawn hours to fill. But the main reason for going at 5 a.m. is to catch the live tuna auctions. It’s a must!

Opening Hours: Typically from 5 am to noon or mid-afternoon.

Getting there by Subway: Tokyo Metro Hibiya Line – Tsukiji Station 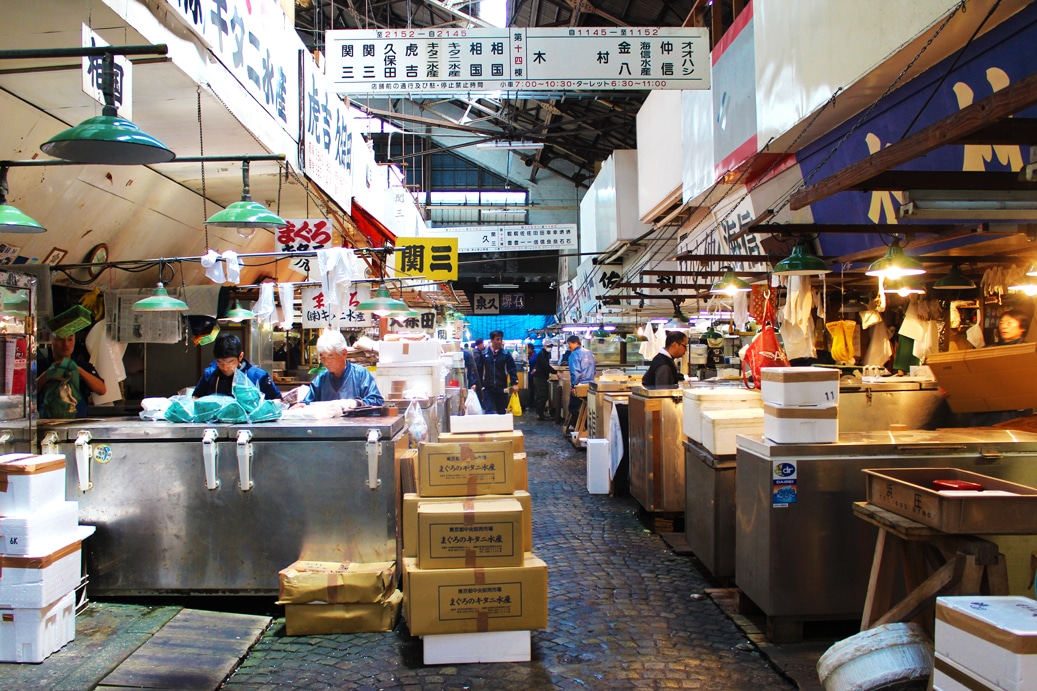 It’s nighttime and you’ve had enough of famous artworks and gardens. You just want to drink away your troubles and have some bawdy fun, don’t you? Well, Shinjuku is the place for you! Kabukicho in Shinjuku is somewhat of a red-light district, but it is also a nice place to hang out for both people traveling alone and in groups. This is one of the famous entertainment spots in Tokyo, where people seek pleasure, shout, and walk drunkenly at night, even though they are shy and busy with work during the daytime. Why don’t you join them, too?

Opening Hours: Typically from 7 pm or 8 pm until the next morning 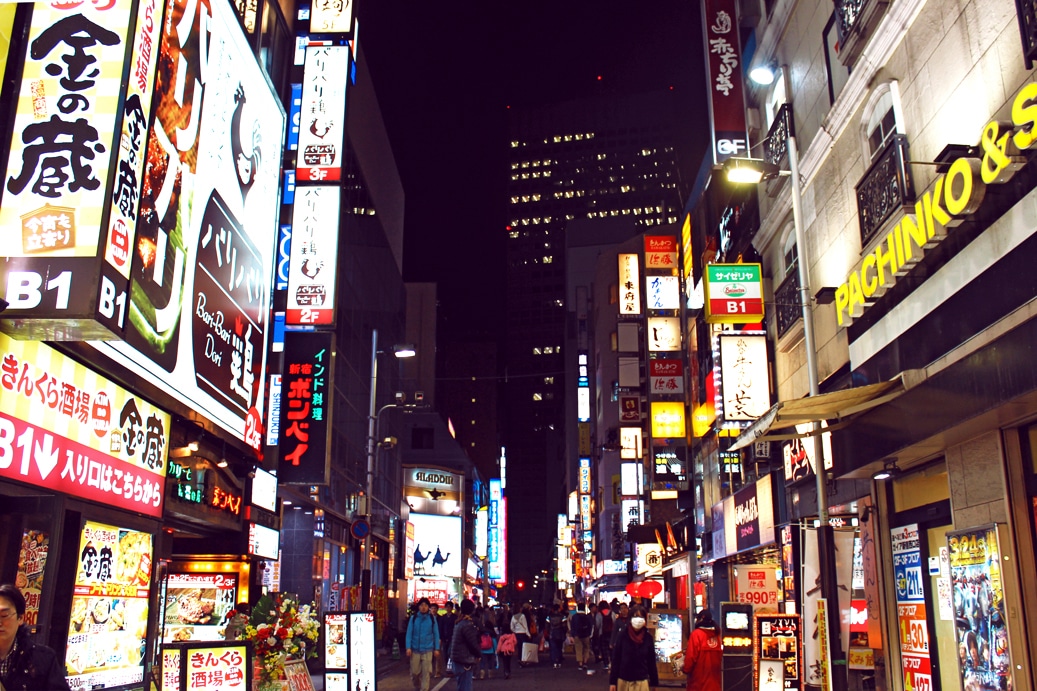 Planning a visit to Japan? Check out this 2-week itinerary to plan the perfect trip.