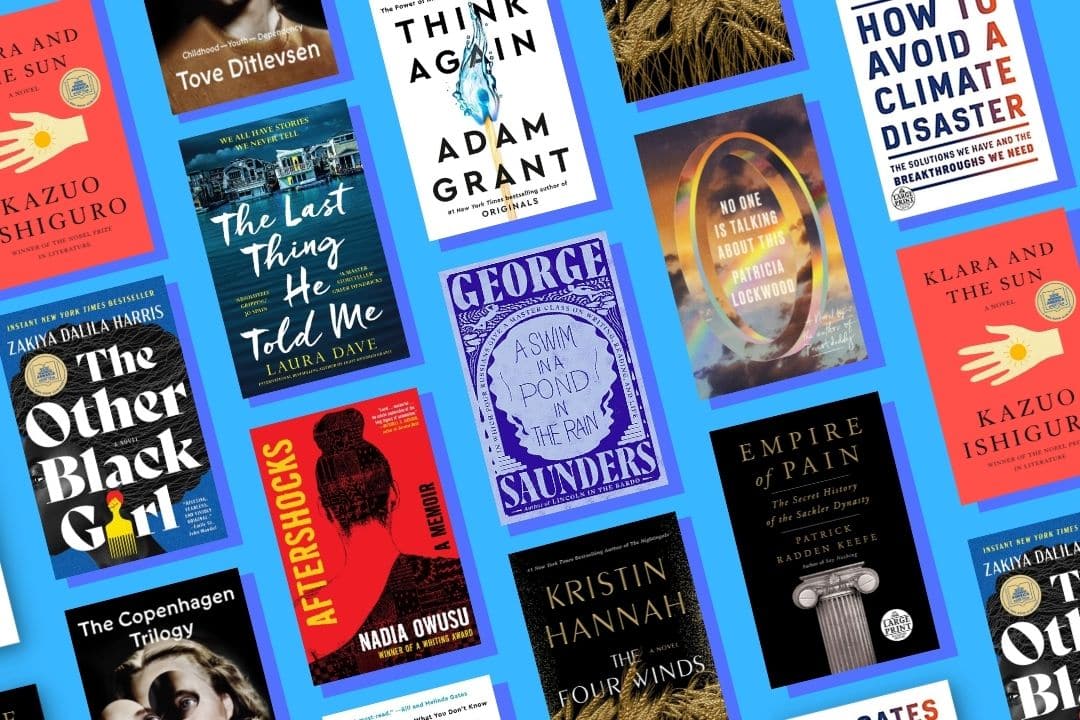 Looking to add a few of 2021’s best books to your reading list? This roundup is for you.

Goodreads, The New York Times, Vulture, BBC, Huffington Post – you name it, we got it! After comparing, reading, and reviewing all their 2021 picks, we pulled out 12 books that made it on multiple lists, making them the best and brightest. Here are the 12 best books of 2021:

1. ‘Klara and the Sun’ by Kazuo Ishiguro

Klara and the Sun is the first novel Kazuo Ishiguro wrote since he was awarded with the Nobel Prize in Literature – and one heck of a comeback we may add! The novel tells the story of Klara, an Artificial Friend presented to us as she patiently waits on a shop shelf for a child to purchase her.

The books is cleverly written in the tone of a children’s book,  which is why you won’t see it coming when the narrative takes a dark turn. Above all, “Klara and the Sun” is an exploration of the human condition – and loneliness – through the eyes of an unusually perceptive narrator. 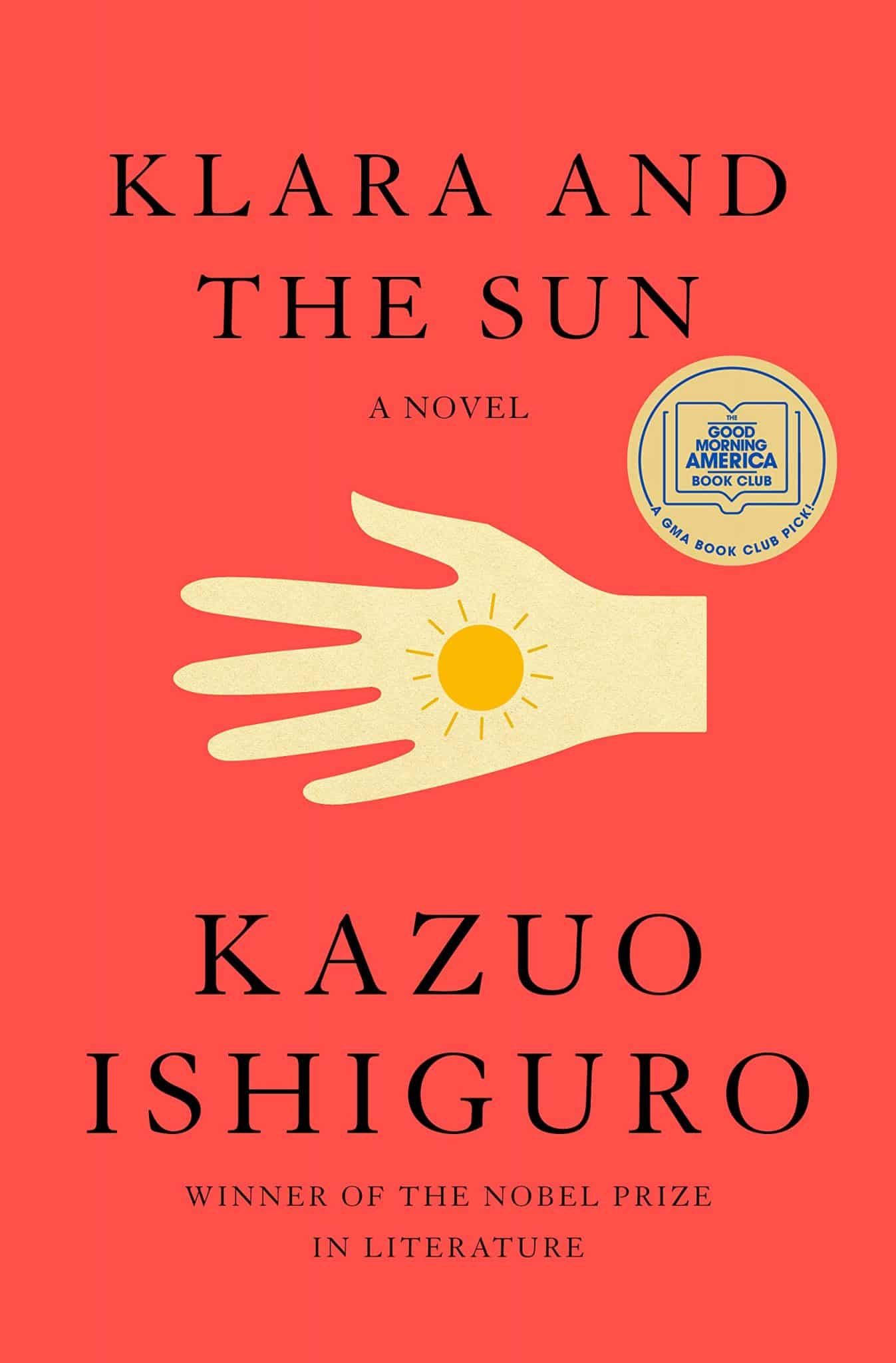 2. ‘No One Is Talking About This’ by Patricia Lockwood

Genre: Autofiction. As suggested by: Vulture, BBC, The Guardian

No One is Talking About This follows a twitter-celebrity as she speaks at conferences around the world and generally jokes her way through life.

The book takes an unexpectedly dark turn when, having existed so long in her online community, the protagonist is not able to interact like a normal person in the real world. From laugh-out-loud hilarious to actually disheartening, this social media novel will take you on an actual emotional roller coaster.

3. ‘People We Meet on Vacation’ by Emily Henry

Alex and Poppy have an unlikely friendship: Alex is a quiet khaki-wearing homebody, Poppy is an outgoing free-spirited traveler. They meet during orientation week in college and somehow end up becoming very good friends. They now live far apart, but they reunite one week every summer to take a glorious vacation together. What could possibly go wrong?

There’s second chance romance, friends to lovers, opposites attract, and basically everything that’s easy to love in women’s fiction. In other words, it’s pretty much the perfect easy-breezy summer read.

4. ‘Swim in a Pond in the Rain’ by George Saunders

A Swim in a Pond in the Rain is essentially a writing class in book form. More precisely, it’s a short version of a world-famous course George Saunders has given for over two decades. The subject? Teaching how to read and how the best authors write through the mechanics of Russian short stories.

Saunders includes seven stories: three by Anton Chekhov, two by Tolstoy, one by Nikolai Gogol, and one by Ivan Turgenev.

Although intended as a practical class for aspiring writers, the book can be a fascinating exercise for avid readers too; and for those unfamiliar with these authors or Russian literature – don’t worry. As a matter of fact, the book makes for an excellent introduction, as Saunders breaks the stories down sharing his thoughts and musings with contagious enthusiasm.

What makes a story work? What makes it great? These are some of the questions you will learn to answer. 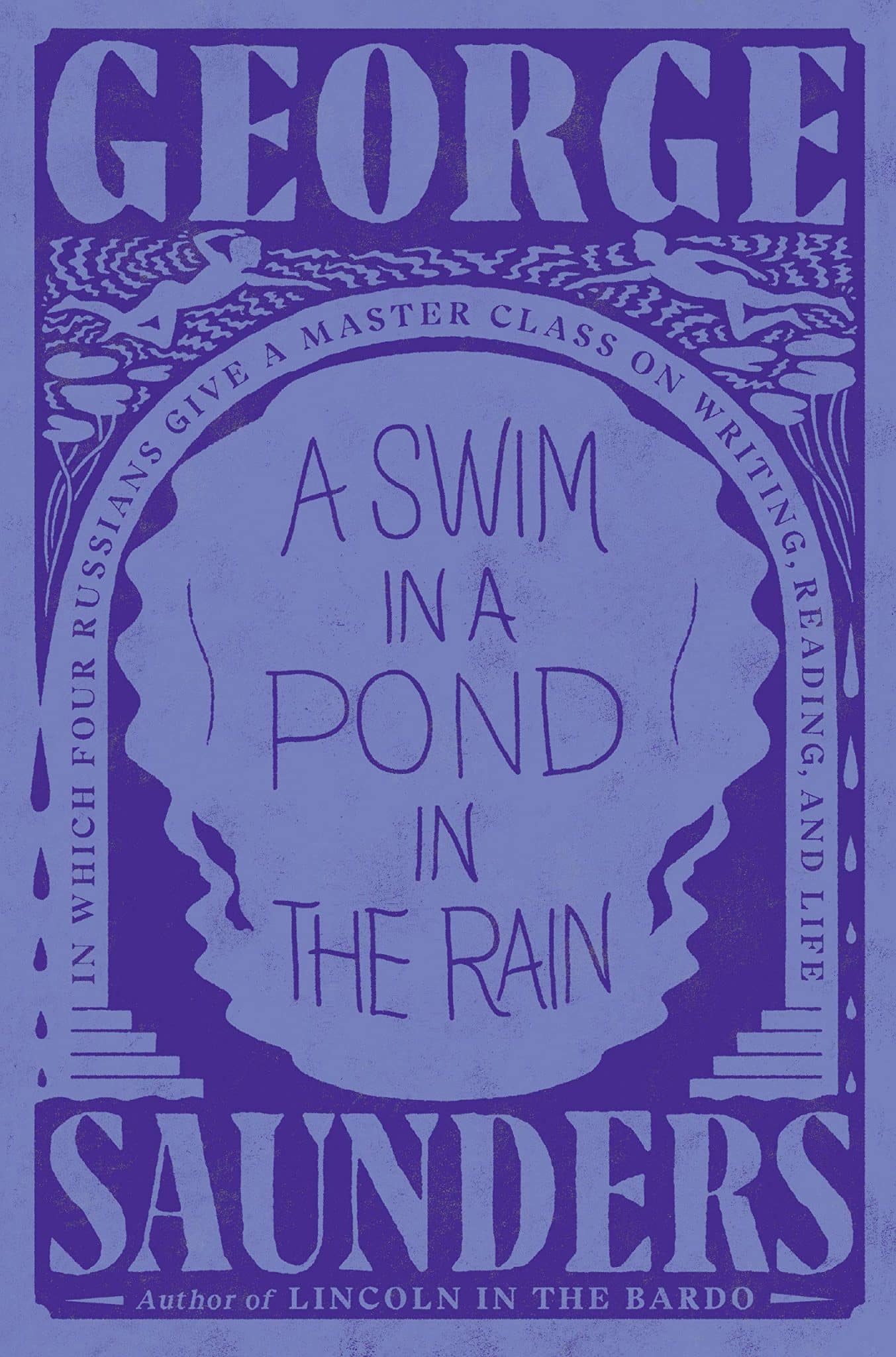 5. ‘Empire of Pain: The Secret History of the Sackler Dynasty’ by Patrick Radden Keefe

One of the wealthiest families in the world, the Sackler were known for their generous donations to the arts and science. For instance, the Sackler name used to decorate the walls of many institutions like Harvard, Oxford, the MET, National History Museum, and even the Louvre.

The source of the family wealth had been kept obscure for decades, until, at one point, the truth emerged. As lawsuits proliferated, authorities discovered that the family was behind the production of OxyContin, the infamous painkiller blamed for the opioid crisis.

In ‘Empire of Pain’, Keefe portraits an engrossing story of greed, wealth, corporate corruption and institutions failure, delivering a masterpiece of reporting that is both exhaustively documented and captivating. 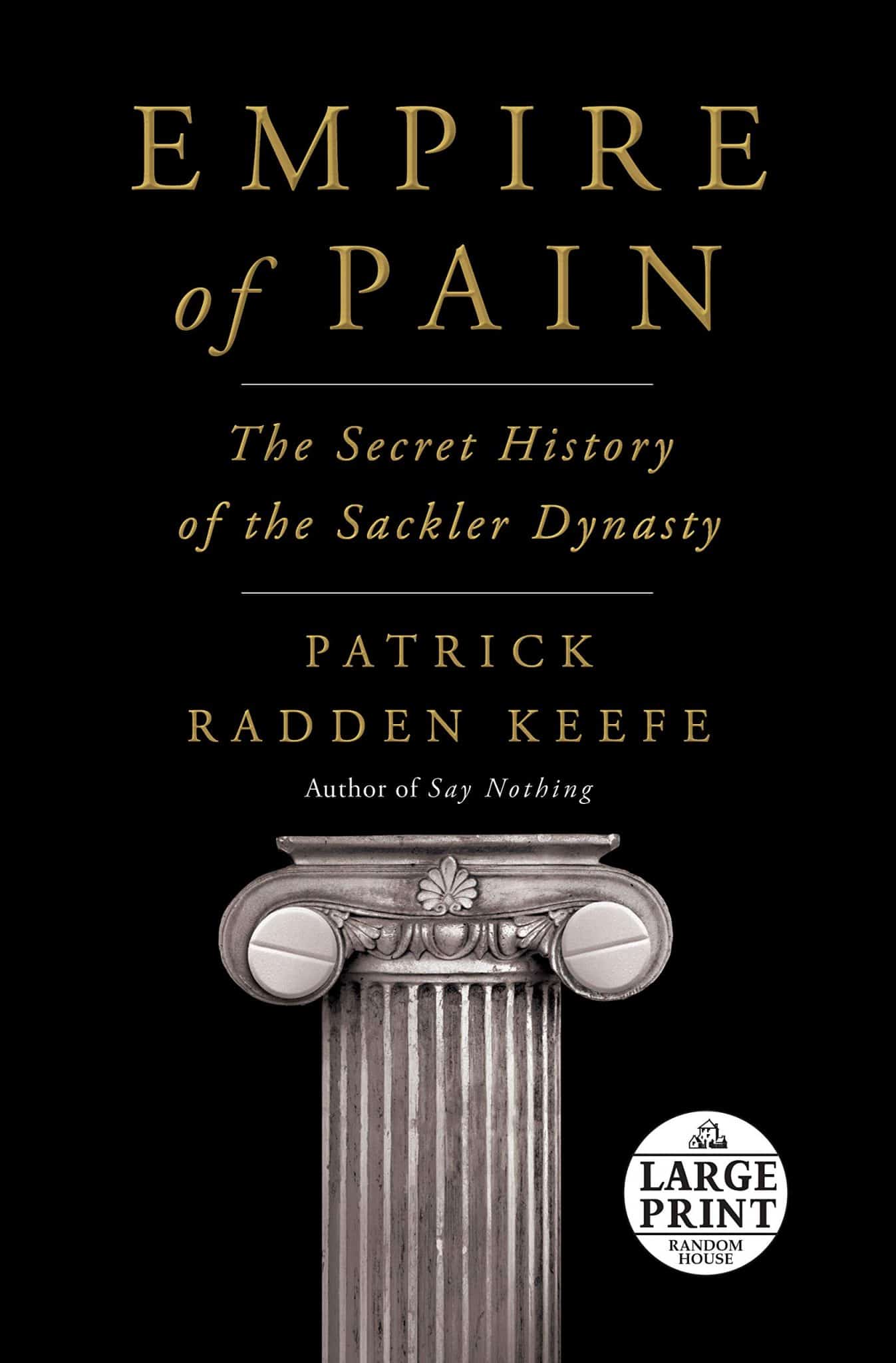 6. ‘The Other Black Girl’ by Zakiya Dalila Harris

Twenty-something editorial assistant Nella Rogers is the only Black employee at her predominantly white workplace, and negotiating micro-aggressions has slowly become part of her daily routine. It’s therefore understandable that, when another black woman, Hazel, starts working with her, Nella is beyond thrilled to finally have an ally. However, as soon as Hazel’s popularity starts rising in the office, Nella begins to get hostile notes and tension unfolds.

This intensely dark, satirical, and thought-provoking thriller is perfect for anyone who has ever felt disregarded (or even threatened) in the workplace. I can assure you it will keep you on the edge of your seat until the very last page. 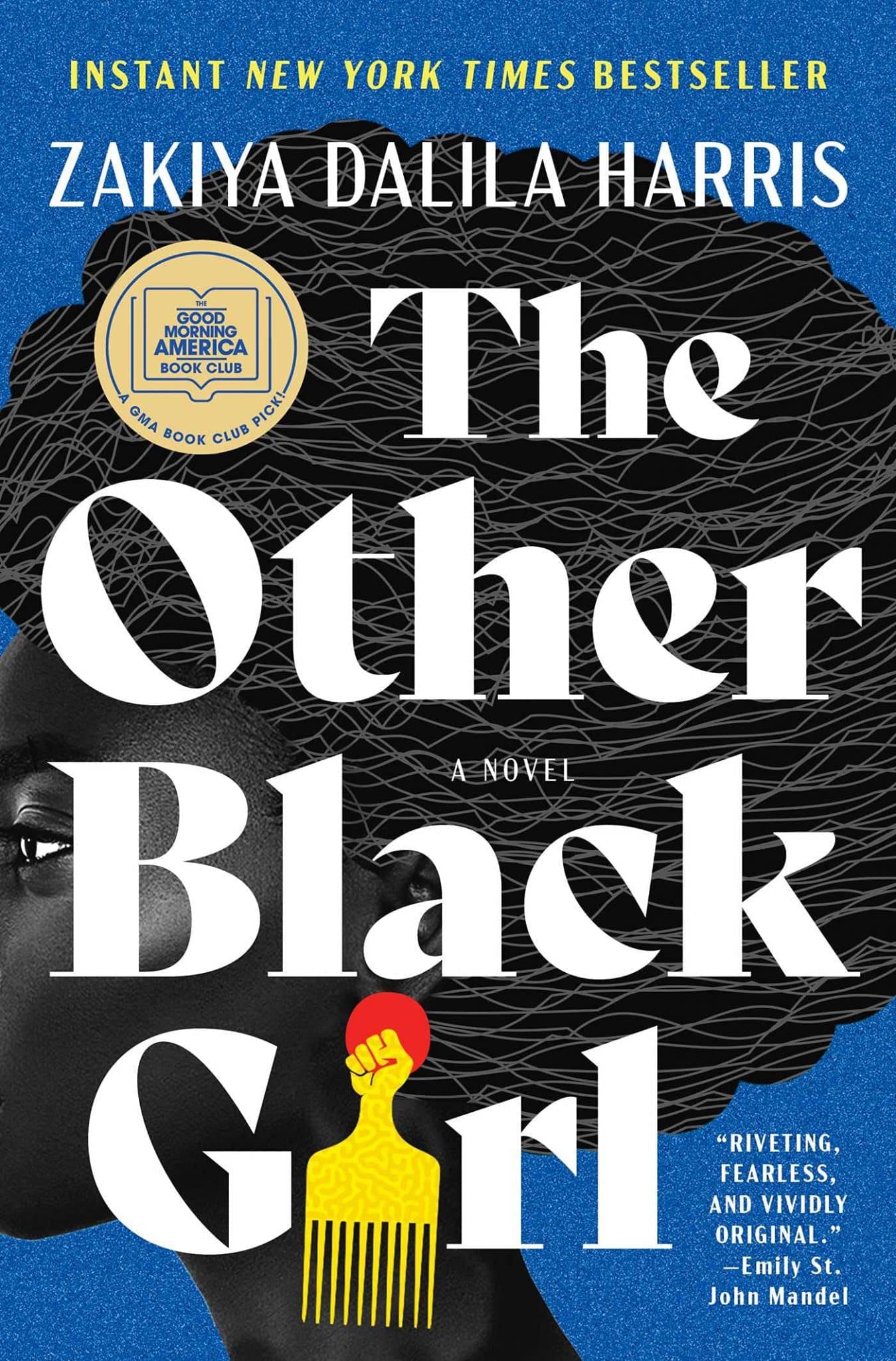 7. ‘Think Again: The Power of Knowing What You Don’t Know’ by Adam M. Grant

In a 1933 dissertation lamenting the rise of Nazism in Germany, the philosopher Bertrand Russell wrote: “the fundamental cause of the trouble is that in the modern world the stupid are cocksure while the intelligent are full of doubt”.

A lot of good writing has been done since then on this topic. Research shows—and most of our experiences confirm — that those who are the least knowledgeable in a topic have a habit of overestimating their own knowledge. On the contrary, those that know enough about a subject and better gauge the extent of their limits, are full of doubt.

Adam M. Grant brings all those researches together under one cover and examines the critical art of rethinking, the life skill of building one’s identity on humility and curiosity. 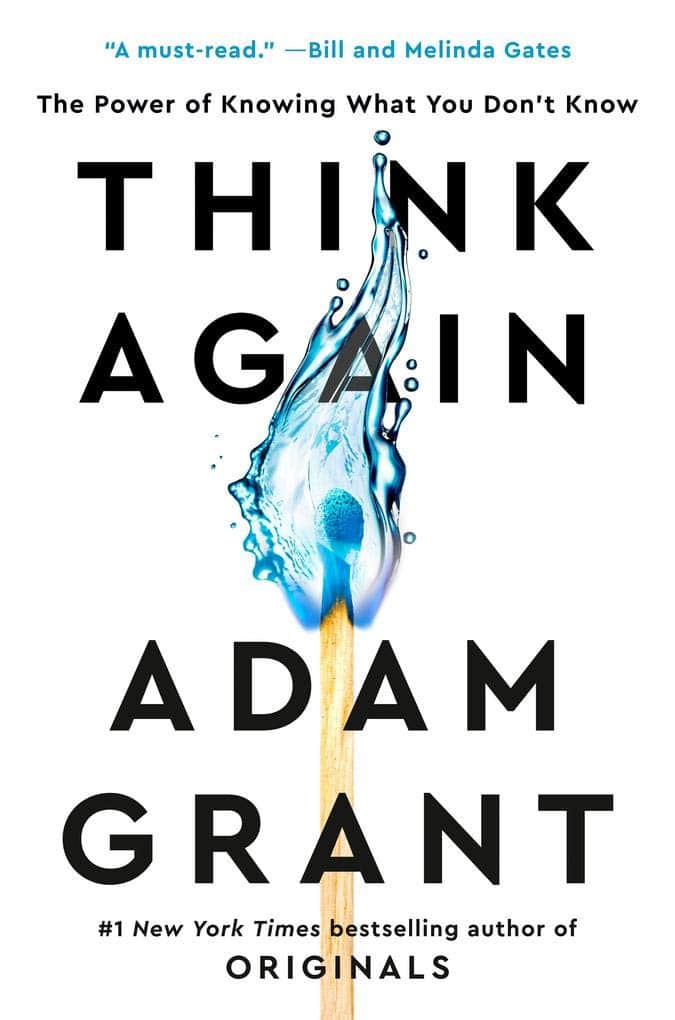 Technically, Ditlevsen’s memoirs first appeared in Danish in the late 1960s, and have been circulating for quite a while. However, this year the trilogy was finally published in English in a single convenient volume, which is why it was included in our ‘best books of 2021’ roundup.

Tove Ditlevsen is nowadays celebrated as one of the most exceptional voices in twentieth-century Danish literature, and The Copenhagen Trilogy (1969–71) is her recognized masterpiece. Childhood tells the story of a frustrated child’s determination to become a poet against the will of sad and apathetic parents. Youth describes the narrator’s early experiences of work, sex, and much gained independence. Dependency picks up the story as the narrator embarks on her first marriage and moves on to describe the descent into drug addiction enabled by her husband.

Throughout her entire life, Ditlevsen had to deal with the tension between her vocation as a writer and her strict roles as daughter, wife, and mother. As a result, her sentiments about female identity feel painfully pertinent to today’s discussions around feminism.

9. ‘The Four Winds’ by Kristin Hannah

In Kristin Hannah’s latest work of historical fiction, we travel back to the troubled years of the Great Depression, one of the most difficult eras in America’s history.

It’s Texas, 1934. This is America after the stock market crash and the dust bowl. Farmers are facing economic ruin due to years of endless drought, and families are barely surviving. Everything is coated in dust and dirt, with crops refusing to grow as the once familiar ground shrivels and cracks.
It is against this backdrop that we meet Elsa Martinelli – wife, mother, and hardworking farmer that will soon be confronted with the most difficult choice of her life. Should she and her family remain in Texas to fight for the land they love? Or should they head west in the hope of a new beginning? Elsa must somehow find within herself the courage and will to survive. 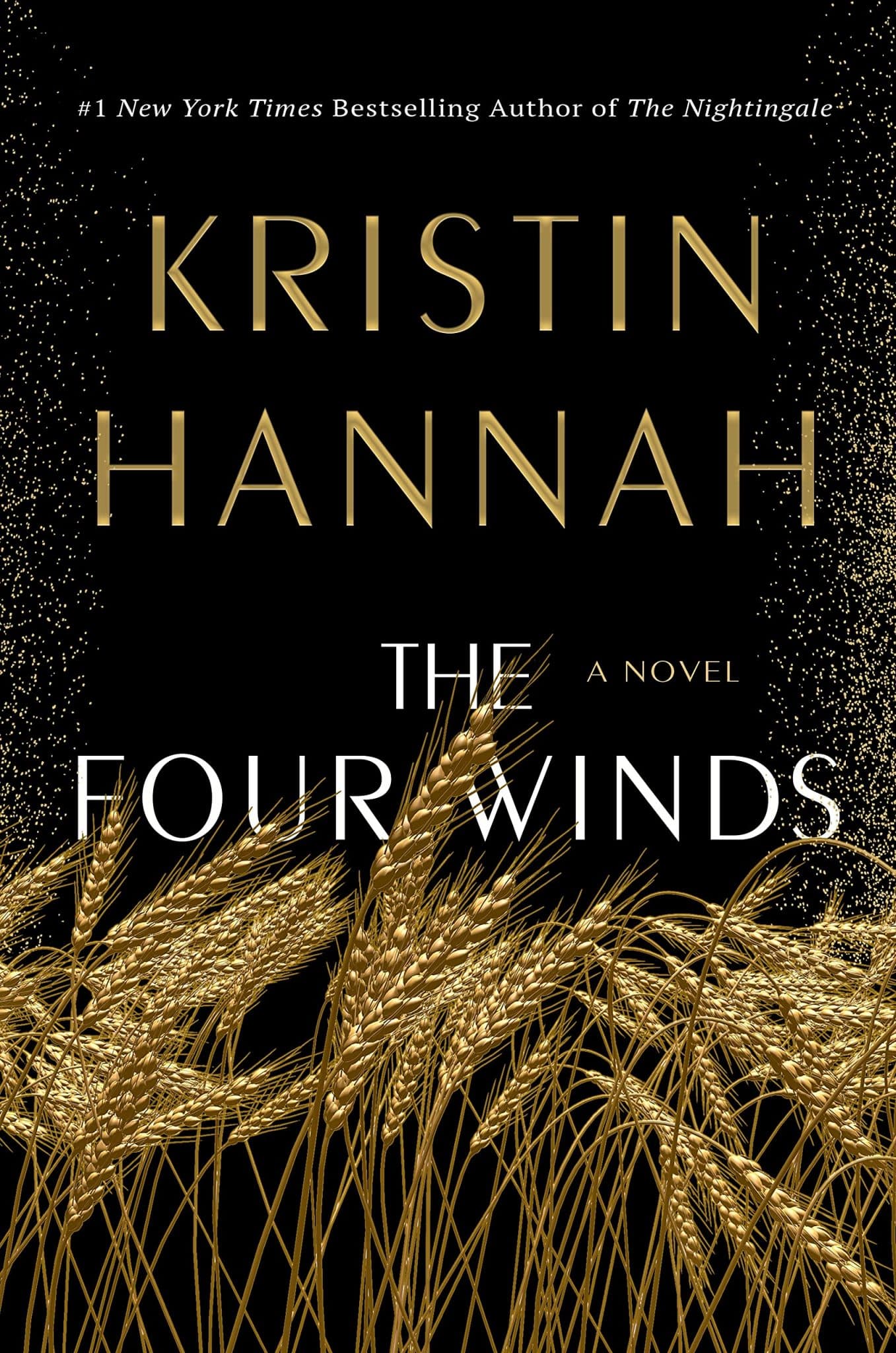 Nadia Owusu could not have had a more complicated childhood. The daughter of a UN official, whose responsibilities took him from Ghana to Ethiopia, from Uganda to America, Italy, and beyond, she never settled in one place long enough to bond with it. In addition, her Armenian American mother abandoned the family twice, once when Nadia was two, the second time during her adolescence.

As she moves back and forth through time and space, Nadia turns to metaphor — earthquakes – to describe the emotional aftershocks that were caused by her personal traumas. Embedding in the pages bits of African-Armenian cultural history and notions of epigenetic inheritance, Nadia also explores the meaning of home, family, and identity.

She really raised the bar for all memoirs out there. 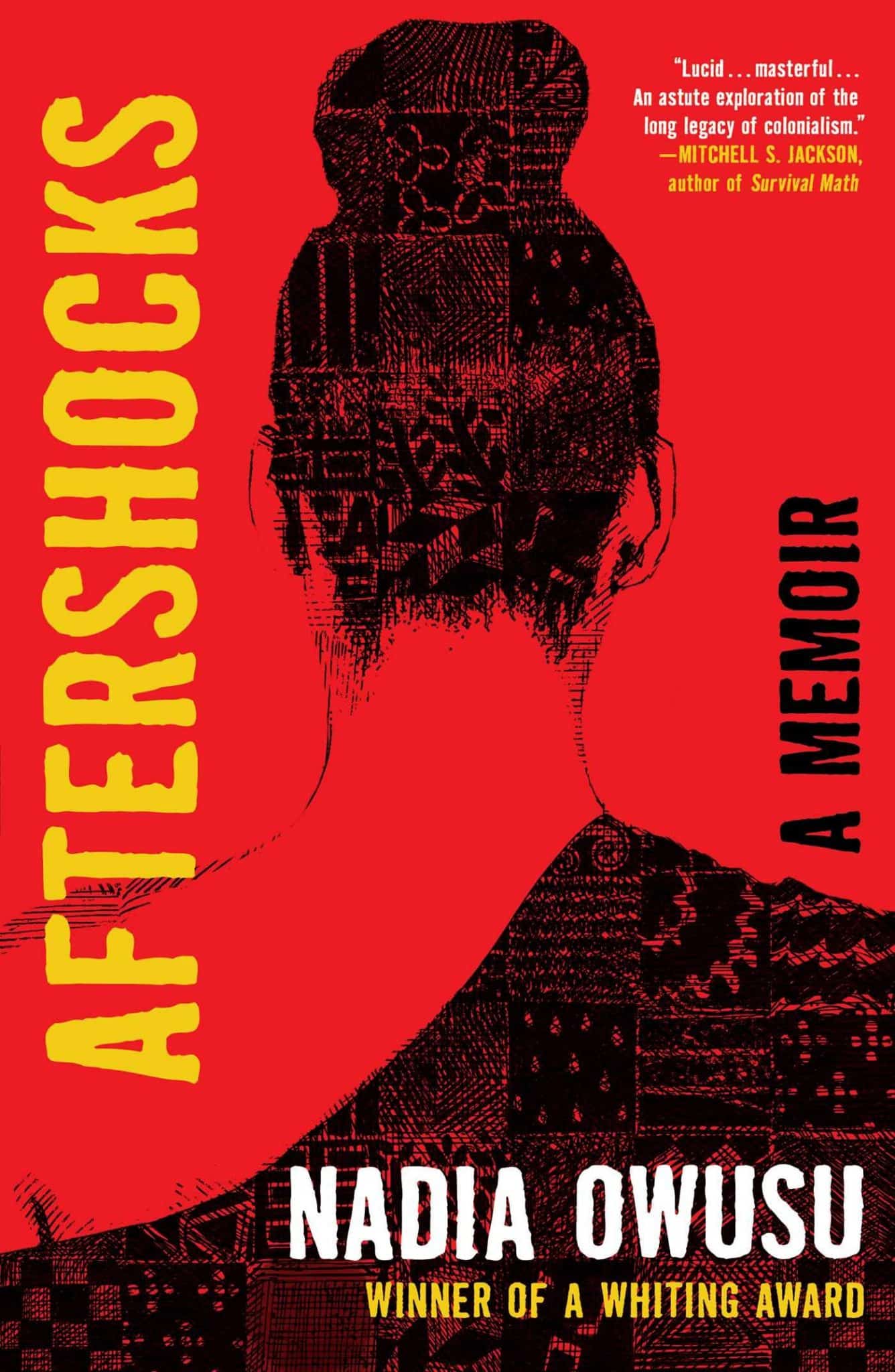 When it comes right down to it, how well do we really know the people we love?

Hannah is happily married to Owen, but she’s struggling with her relationship with her stepdaughter, Bailey, who is hardly civil to her. One morning Hannah’s husband disappears leaving behind only a note with two words: “Protect her”. Hannah understands the note refers to his daughter Bailey, but why? And, more importantly, protect her from what?

After receiving visits from the FBI and doing some digging herself, she begins to understand that her husband was not who she thought he was. 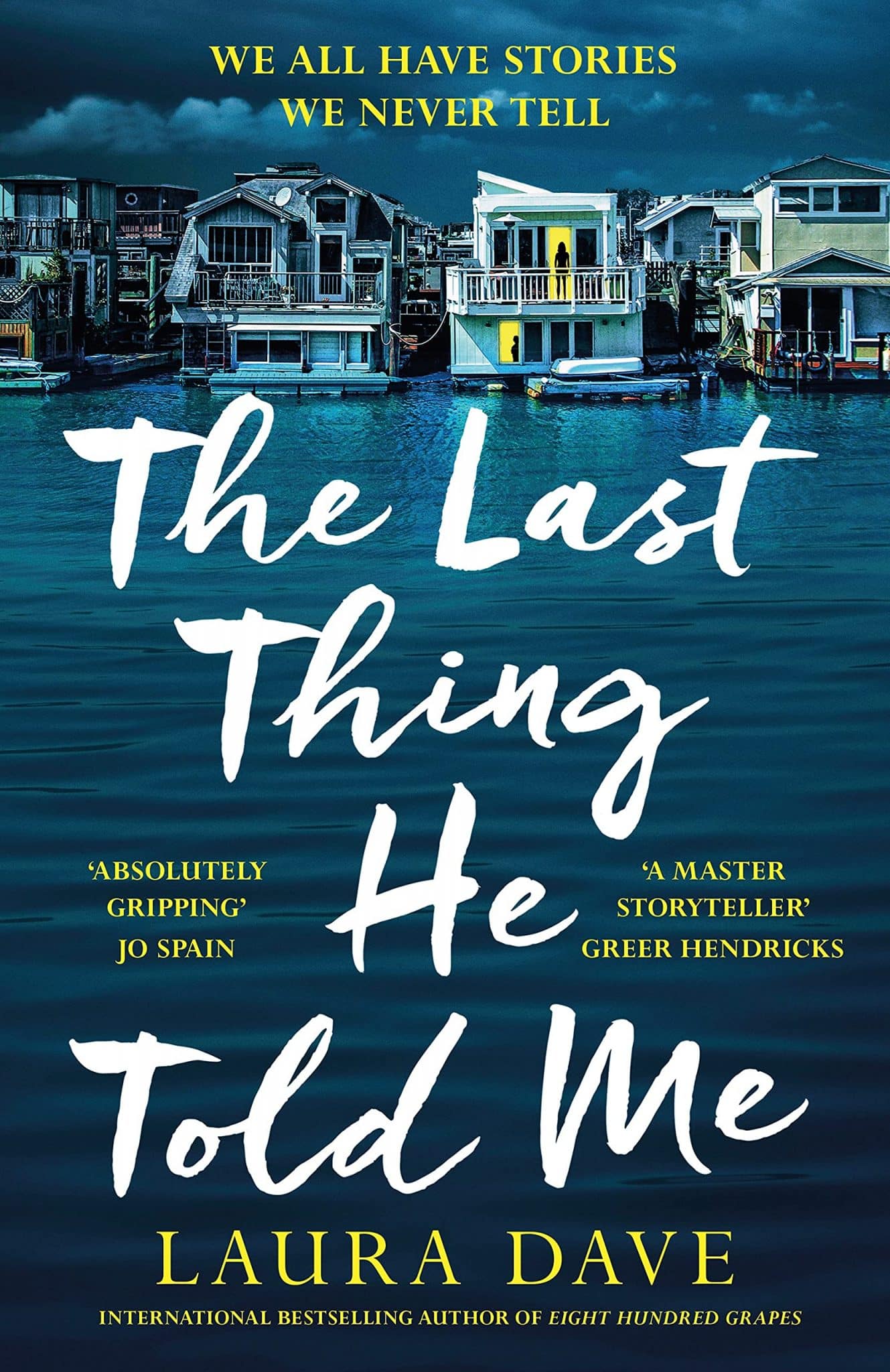 12. ‘How to Avoid a Climate Disaster: The Solutions We Have and the Breakthroughs We Need’ by Bill Gates

Microsoft co-founder and philanthropist Bill Gates sets out a practical and accessible plan for how the world can get to zero greenhouse gas emissions in time to avoid a catastrophe.

In the first chapters, Gates sorts out the mess of data in concise terms, merges hard facts with snaps of possible futures, and lays out the problem in simple terms. Drawing on his knowledge of innovation, the tech titan proceeds to elaborate on what we need to do to improve the current situation and the challenges we may face in the process.

In other words, ‘How to Avoid a Climate Disaster’ informs you, alerts you, but also kicks you into gear – and that makes it a top read for 2021.