10 REASONS WHY YOU SHOULD VISIT JAPAN RIGHT NOW

Here are our top 10 reasons why you should visit Japan right now. Read on and be inspired.

Millions of travelers every year visit Japan, but why? Why visit Japan? What is so special about Japan anyway? If you’re asking yourself all these questions, then you have come to the right place. From Tokyo to Kyoto, from Osaka to Nara, I’m here to show you all of the beautiful things that Japan has to offer that you won’t find in any other country.

The list below features 10 Reasons Why You Should Visit Japan Right Now, a.k.a the 10 best things about Japan you are going to miss after leaving:

10 Reasons Why You Should Visit Japan

1) Japan’s temples and shrines are incredible 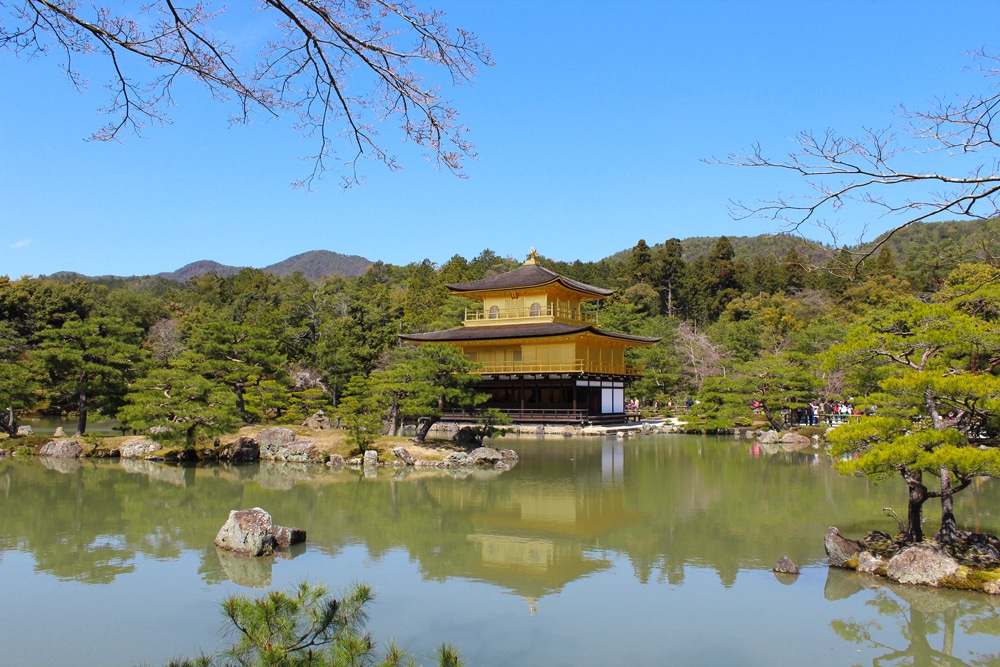 2) Japan is the cleanest country in the world

Japan has a strong culture of cleanliness, and its cities are extremely well looked after. Public spaces including streets, train or subway stations, and restrooms are very clean. You will find that many workers, particularly drivers, wear white gloves. Like, white white. Like, how-is-that-even-possible white. Even the metropolitan city of Tokyo is so clean to the point where everything looks brand new! Japan is the window into a future where people respect their surroundings.

3) Japan is filled with natural wonders

Japan is filled with perfect landscapes scattered across the country for people to soak in their beauty. For many people, the image that immediately comes to mind in conjunction with Japan is an image of skyscrapers, bright neon lights, and advanced technology, but there’s a lot more to Japan than its urban landscapes. The stunning spectacle of Mount Fuji, the magnificent sight of Arashiyama bamboo Forest, the many temples and gardens, and the magnificent rugged mountains make Japan an ideal destination for nature lovers all year round.

4) Japanese culture is fun to discover

Japanese people create cartoon-ed versions of everything and make plastic food look incredible. They have the most unique flavors of food ever, and strangely addictive music videos. They invented banana slipcases, square watermelons, baby mops, and cuddle pillows. They have toilets that talk to you, blow-dry your bum, and even play music for you (both to relax and mask) while you do your business.

Yep, that was a weird moment.

As much as Tokyo rush hour sucked, I do miss being able to commute all around the city and country by train. Also, I really appreciated the punctuality of trains in Japan. During my trips, I used to travel mostly by local trains and Shinkansens, and those were never late, not once. 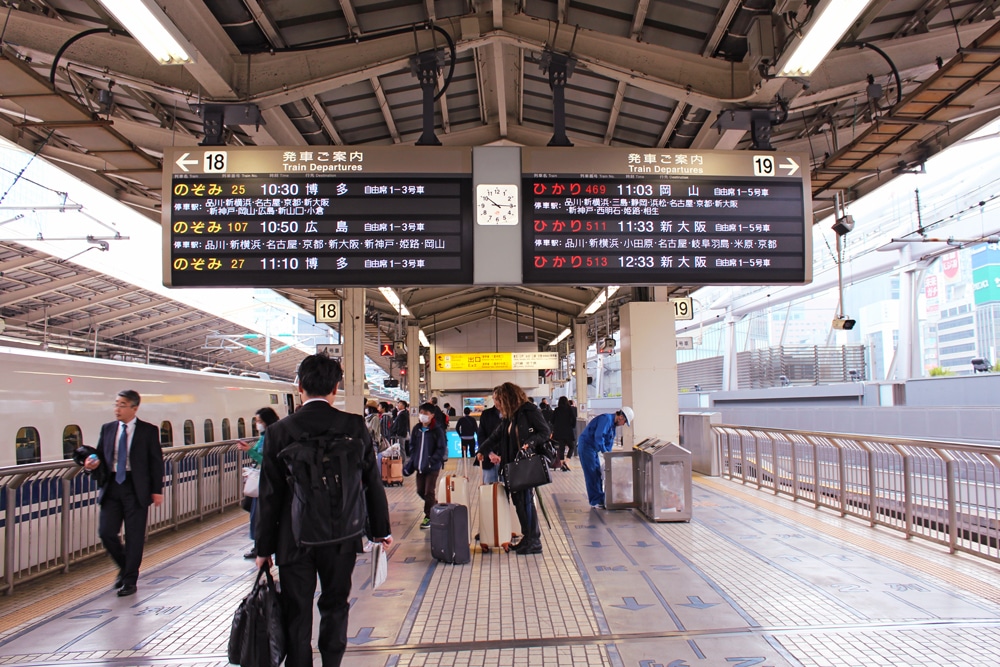 6) Everything is cute in Japan

Japan has a kawaii (cute) culture, and it’s getting cuter by the minute. Almost all major companies in Japan have a cute mascot that represents the company. Even the Japanese police force has a mascot! Sociologists say that it’s “escapism”, a tendency to escape from daily reality or routine by indulging in daydreaming and fantasy. Artists say it’s one of the Japanese aesthetic ideals. The simple truth is that Japanese people just like cute stuff.

Japan’s cherry blossom is one of the most popular times of the year for travelers, flying into cities like Tokyo or Kyoto to catch this million-dollar view.

Hanami parties are really popular in Japan, and people get really serious about picnicking under the snowy white trees. For a short period of 2-3 weeks, they will wine and dine with family/ friends/ co-workers to enjoy the evanescent sakura blossoms. 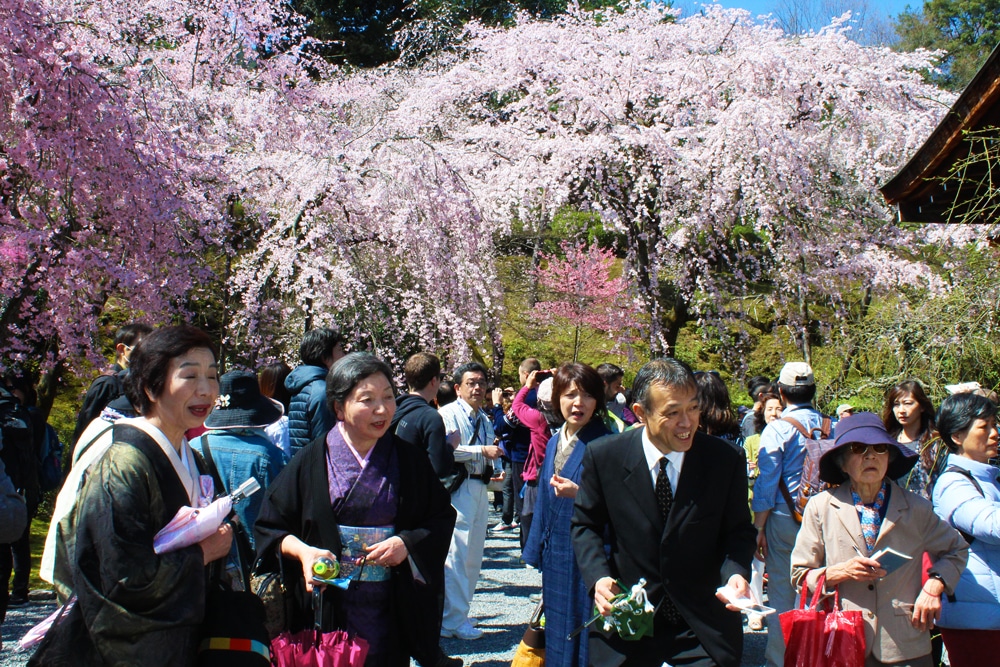 8) Japanese food is to die for

Was there ever any doubt that Japanese cuisine would make the list? Seriously, delicious food is probably the number one reason why you should visit Japan.

Any random hole-in-the-wall food place makes the best Sushi/Sashimi/Donburi/Ramen/Udon/Kobe beef/Soup/[insert any food] ever in existence. Even the 7/11s are equipped with high-quality food that will have you weirded out, and drooling at the same time!

Also, did you know there are more noodle shops in Tokyo than in any other city in the world? Did you know that Japan is the country with the most three-star Michelin restaurants?

One of the safest countries in the world, Japan is considered the safest one in Asia. According to a report by the Organization of Economic Cooperation and Development, only 1.4% of the population has been victims of assault. Japan is so safe you can party like it’s 1990, get falling down drunk in central Tokyo, and still have your wallet and mobile phone by the time you wake up.

They’re polite, they’re gracious and they somehow remember your name after only meeting you once (I so do not have the same talent). The language barrier is difficult at times, but they will do ANYTHING to help you. I’ve met some great people and having to leave them so soon indefinitely was the hardest part about leaving. 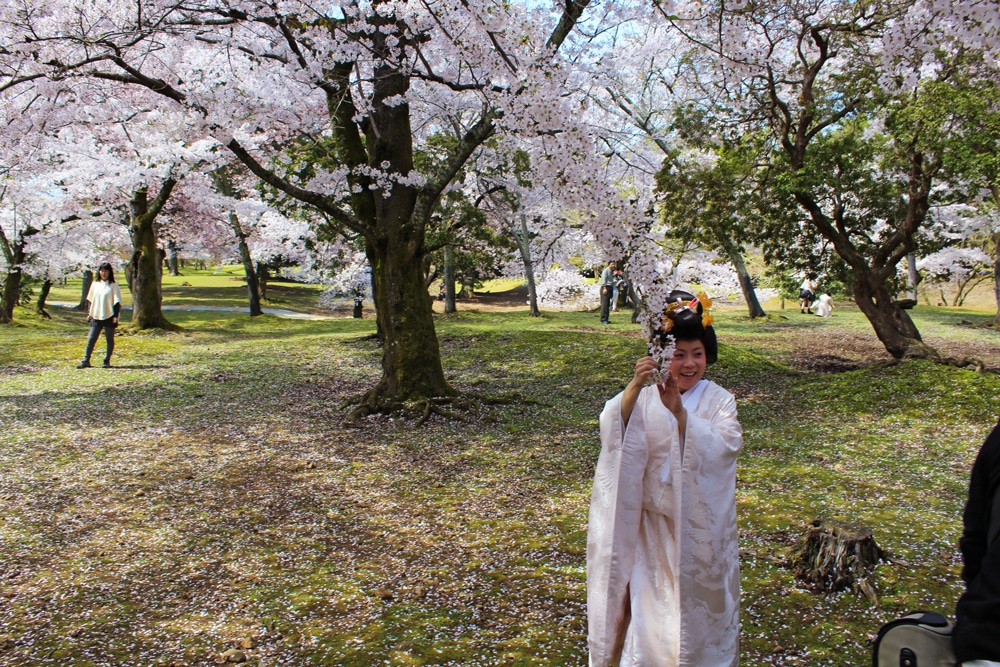 Honestly, I’ve left out so many mind-blowing things that you are missing out on experiencing by not visiting Japan.  Its 17 UNESCO World Heritage Sites, unique fashion sense, Tokyo night-time, wasabi Kit-Kat, and Automatic Taxi Doors (?). But honestly, I have to say that what most inspired me about Japan was experiencing a culture that demands perfection.

That’s what you will learn (and miss) from Japan and Japanese folks: whatever they may be doing in life, whether it’s trying to solve big global issues or making delicious noodles on a street corner, they do it with a dedication to mastery.